If you are an Angry Birds and Stars Wars fan, then chances are high that you were overwhelmed with excitement when Rovio signaled their intention to release an entire themed version of the smash-hit mobile game thanks to a deal with Lucas Entertainment. The Stars Wars version of the game has since landed on the iOS and Android platforms and continues where previous versions of the franchise left off, but the news is filtering through today that Rovio has brought their latest Angry Birds creation to another one billion people, with the immediate release of the game as a Facebook application.

With Facebook being the world’s largest social network, it makes perfect sense for Rovio to launch this version of Angry Birds onto the platform. But it is also worth noting that potential Facebook gamers will be getting pretty much the same Angry Birds Star Wars experience that has been presented to mobile gamers through the iOS and Android variants of the game. Although, the game itself including the levels and gameplay will mimic the mobile creations, it is worth noting that Facebook gamers will get some added benefits that come courtesy of social network gaming.

Like we have seen with games of this nature in the past, gamers will be able to immediately compare their high scores and progress with connected friends on Facebook who are also playing the game. Rovio is presenting the perfect opportunity for any real-world or online argument to be settled by flinging those perfectly themed birds at the mischievous swine in an attempt to climb to the top of the Facebook leaderboards. This particular variant of the game also provides players with the ability to gift their friends and family with presents directly from within the game. 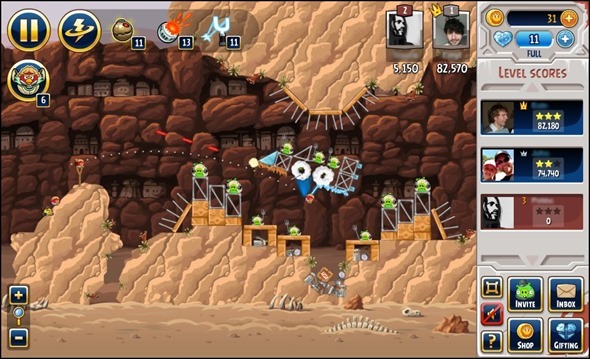 It seems that Rovio is really going all out with Angry Birds Star Wars on Facebook in an attempt to keep players interested and connected to the game. They have signaled their intention to add five new levels to the Facebook variant every week, as well as holding Angry Birds tournaments once a week where gamers have the chance to get their hands on actual prizes in exchange for their Angry Birds skills. Angry Birds Star Wars is arguably the best release in the franchise so far, so be warned that the potential is there to lose a few hours of your life now that it is on Facebook. 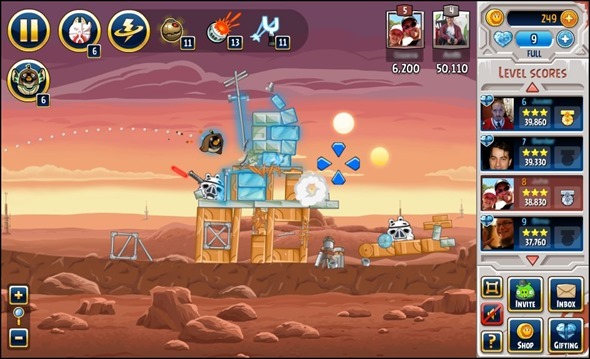 So, what are you waiting for? Why not head over to Facebook and try your skills against other angry Angry Birds players?