How To Force Quit An Unresponsive iPhone Or iPad App

The iPhone, iPod touch and iPad are fantastic and powerful devices. We get that, we really do. However, we should all know by now that smartphones like the iPhone have transcended from just being a typical mobile phone, and act more as portable mini computers when we can’t be near our laptop or desktop computer. Having that power with us all the time to be able to browse the web, play games or instantly check email is fantastic, but unfortunately, it also brings computer-related issues like locking up, becoming unresponsiveness or getting stuck with a troublesome app on the screen.

Most iOS devices users will already know by now that they can simply turn the device off and back on, or perform a hard reboot to kill an unresponsive app, but there is a simpler and more time-effective method that will force-quit the app and return the user to the home screen. Follow the simple steps below to force-close an app that has made itself a permanent home on the device’s display.

Step 1: First of all, ensure that the app can’t be exited with a single press of the home button or by double pressing the home button and selecting a different app from the multitasking switcher.

Step 2: If the above step doesn’t work and the app is stuck on the display, then press and hold the lock button located at the top of the device until the slide to power off display appears with the red slider. 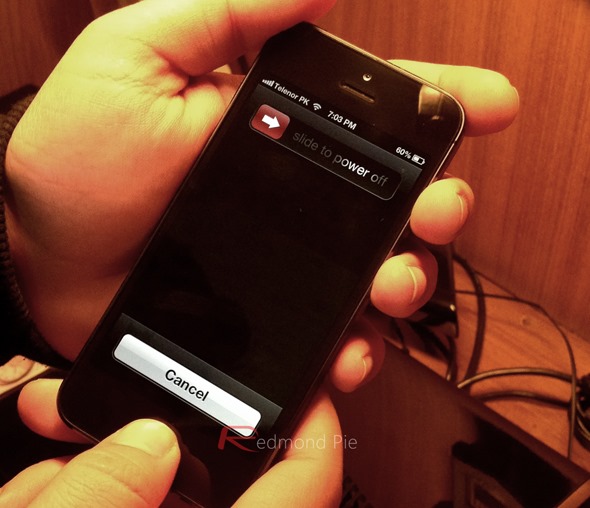 Step 3: When the slide to power off display appears, let go of the lock button and immediately press and hold the home button.

Step 4: After a brief few seconds of holding down the home button, the troublesome app will quit and return you to the home screen where everything should be functioning as expected.

It isn’t quite often that an app will become so unresponsive that this process needs to be followed through, but it is an extremely useful tool to have in your arsenal of iOS tips and tricks if anything like this does go wrong on your iPhone, iPod touch or iPad.

If things have escalated a little further and the above method just doesn’t cut it, then the option exists to press and hold the lock and home buttons together for seven seconds to force a hard reboot on the device which should eradicate most issues.