Android Wear iOS app will be available to download today. We’ll update this post with the download link as soon as it’s live on the iOS App Store. – Read Update x1 below. 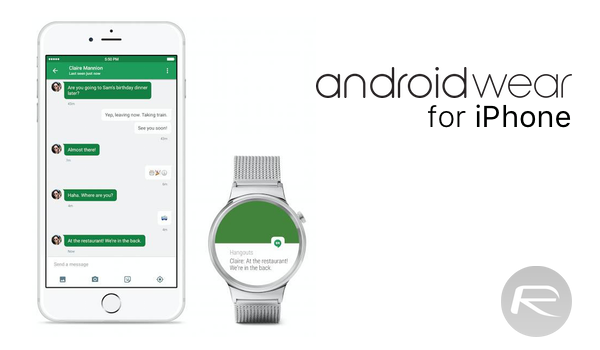 The above mentioned iPhone models running at least iOS 8.2 or above.

LG Watch Urbane and any new upcoming Android Wear smartwatches, including Huawei Watch and Moto 360 2. What this means is that older Android Wear watches like Samsung Gear Live, Moto 360, LG G Watch R etc. are not officially supported. Big bummer! Hopefully the Android/iOS community will figure out a way to make these watches work with the official iOS app! – For more on watch compatibility, read Update x2 below.

What you can and can’t do with Android Wear on iOS:

Update x1: Android Wear iOS app is now live on the App Store. You can download it from here.

Update x2: Android Wear iOS app works with all watches as long as they are running the latest Android Wear 1.3 update despite of what Google says. Here are the details: Android Wear For iPhone Works With Moto 360, LG G Watch R And More.