A set of internal documents has revealed that Google is all set to make an assault on the soon-to-be bloated set-top TV device industry. The internal Google documents reveal that the Internet services company is deriving inspiration from existing products such as the Roku, Apple TV and Amazon’s new Fire TV to introduce an intelligent set-top box known as Android TV that will hopefully serve as a powerful alternative to the existing solutions on the market.

Although the leaked documents are yet to be confirmed by any official Google representative, it looks like we can take this as the next best thing to being official. All of the information contained within seems to suggest that the company isn’t simply rehashing and rebranding the doomed Google TV project that failed to make an impact, but is instead planning to launch with an appealing Android based user-interface that aims to thrust exciting and salivating content into the user’s living room.

It’s extremely refreshing to know that Google has learned from their previous attempts to revamp and reinvent TV. As most avid TV watchers will tell you, there isn’t a problem with TV itself, it’s the availability and type of content that brings the most frustration to those who love to consume varied media. Google appears to have realized this and is looking to solve the issue by ensuring that a number of large video content providers are signed up to offer their media through Android TV when it becomes available. 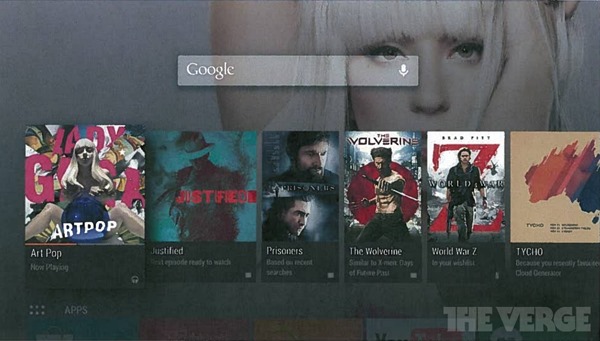 The screenshots that come attached with the internal documents seem to suggest that Android TV will ship with an elegant, modern looking user-interface that implements a scrolling card based selection system, unlike Google’s very own Chromecast dongle, which is bare bones. The information also suggests that users will be able to interact with the device through a supplied remote control or through voice commands if preferred. It’s also highly like that the Play Store will be updated with an official Android TV app akin to Apple’s Remote offering that allows us to control the Apple TV over Wi-Fi. 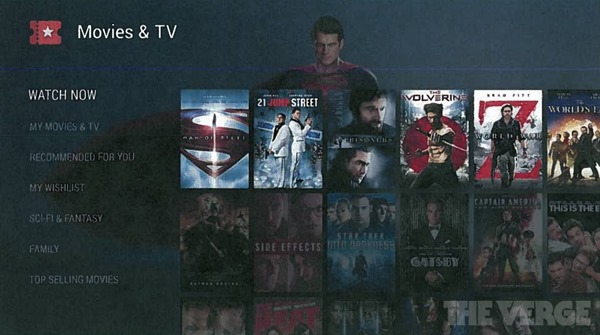 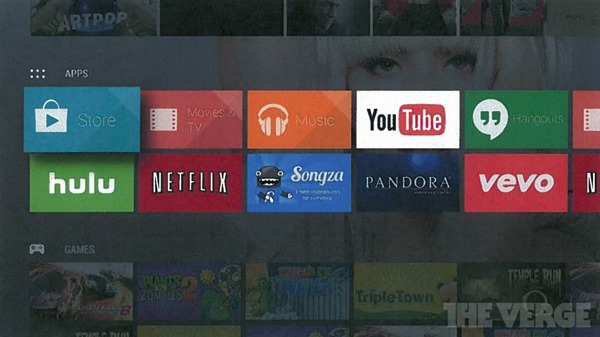 The included product images also confirm that Android TV will ship with a number of popular third-party apps pre-installed. YouTube, Netflix, Hulu and VEVO are all shown off in the shots, as is Google’s own Hangouts app and music offerings such as Songza and Pandora.

There’s no official word on when Android TV will be available to the public, or even if it’ll have any killer features that will separate it from existing products on the market. What we do know is that it’ll be extremely interesting to watch how this space develops over the next 12 months.