The competition in the set-top box market has quite literally heated up today with Amazon’s announcement of Fire TV. Having established a considerable chunk of the tablet market via the Kindle range, the predominant online retailer wants to expand its reach to your living room, where it will take on the likes of the Apple TV, Google Chromecast, Roku Streaming Stick, and with gaming support to boot, also throws down the gauntlet to the two major new consoles.

Google set the tone last year with the introduction of the uber-cheap Chromecast, and since that point, there’s been a notable increase in the number of companies looking to join the party. Already a major player in the streaming movie game, and with several flagship tablets under its belt, the only surprise about Amazon Fire TV is that it didn’t arrive a lot sooner. 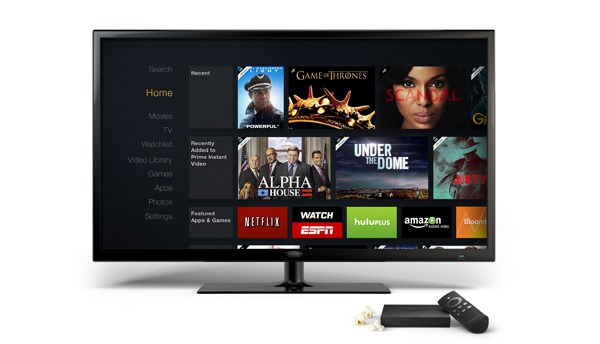 While the aforementioned efforts from Google and Roku are designed as cheap ways to get users on the streaming content bandwagon, Fire TV is quite a different animal. Packing a quad-core processor allied to 2GB of RAM, the device also packs a dedicated GPU, and even though we’re in the midst of a digital culture whereby overkill is the norm, the Fire TV fully justifies its mean list of tech. specs.

Out of the box, you get dual-band Wi-Fi with MIMO, which allows apps and videos to begin streaming with immediate effect, and with support for 1080p HD with Dolby Digital Plus surround sound, it’s clear that Amazon is looking to significantly push the current boundaries.

One of the more intriguing features of Fire TV is ‘ASAP,’ which learns of the content you like, and tries to guess what you’ll watch next by queuing them up for instant viewing. Just like your browser begins to pick up on the sites you visit, this intuitive interface will keep tabs on shows and movies you watch, and automatically fire them up next time around.

As you’d expect of Amazon, there are plenty of tie-ins with content providers, including Netflix, Hulu+, ESPN, Disney, and others, and with Amazon Studios also working on some home-made content for further down the line, Fire TV is anything but a half-baked attempt at capturing a slice of the TV market. 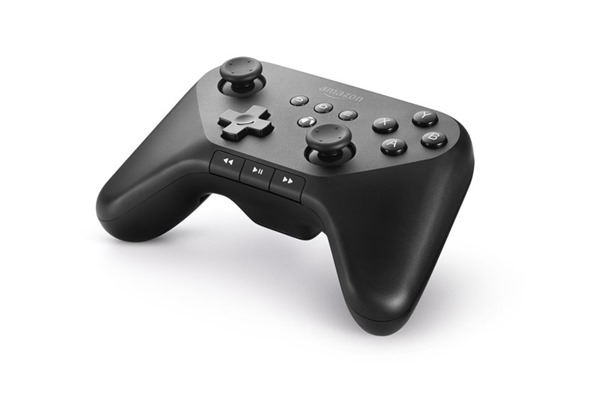 We mentioned gaming support at the beginning, and Amazon is going to take things to the next level by selling a game controller specifically designed for the Fire TV for just 40 bucks. And since Fire TV runs a variant of Android, which is being dubbed as Fire OS ‘Mojito’, therefore porting games over to the Fire TV is a piece of cake for developers.

Fire TV also features Whispersync, which saves and synchronizes all your video and music library across all the devices you might have. And if you buy or rent something on the Fire TV, you can watch your content on over 300 devices, which are supported by Amazon.

And here comes the fun bit, the Fire TV is also voice controlled, so you don’t have to touch that pesky remote to get to your favorite TV show or song.

In fact, this is perhaps the biggest statement of intent we’ve seen from a set-top, and for a price of just $99, begins shipping immediately.