Even though Samsung’s Galaxy Nexus has been available in the UK for a couple of weeks now, everyone in the United States are still being made to wait before they can get their hands on Verizon’s exclusive version, and people are starting to get impatient.

The release is believed to be drawing near, however, and with photos now showing up of the 4G-enabled device, testers are busy putting the Galaxy Nexus through its paces before Verizon deems it worthy of a place on its network.

As part of that testing, Samsung has already pushed out a new update to the device’s installation of Ice Cream Sandwich. Bringing the version number up to 4.0.2, there are no details as to what has been changed or fixed in this latest release, though speculation obviously suggests that the much reported volume bug may be the reason for the upgrade. That said, we haven’t heard of the GSM versions of Samsung’s latest Nexus phone receiving the same update, so perhaps this is an LTE-only update. Time will obviously tell on that one, and also, if you’re an owner of a GSM-only version of the Galaxy Nexus, you can leave the details on our Facebook or Google+ pages, if only you get the aforementioned update.

Verizon has clearly been keen to keep the Galaxy Nexus away from its network so far, though carriers in the UK don’t seem quite so worried, leaving the only possible reason for the delay being a Verizon-specific issue. Is the Galaxy Nexus suffering form poor battery life because of that 4G chip? 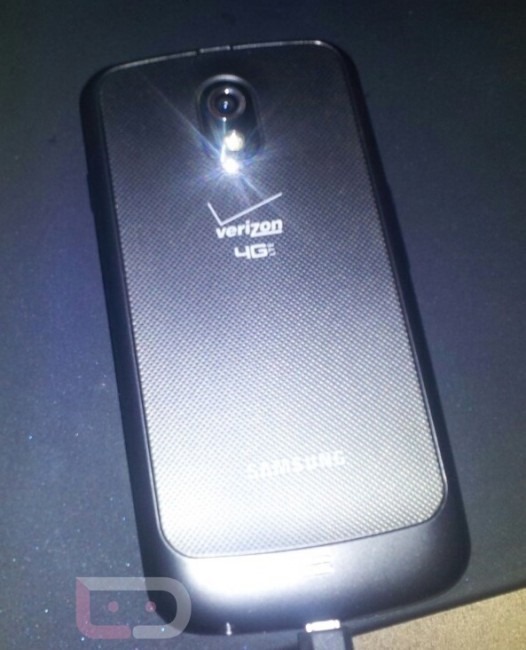 According to details from Droid-Life, that battery life isn’t as bad as we may have expected, without being stellar, either.

At this point it is fair to say that Android lovers of the Nexus persuasion would probably rather just get their hands on the phone, warts and all, but with Verizon holding the phone back that may not happen just yet.

Various tipsters are claiming that any day now could be when that pre-orders are begun for the Galaxy Nexus in the US, though any speculation is yet to be confirmed by Verizon.

With the amazing rate at which Android handset manufacturers like to pump new hardware out, Verizon better not take too long – who knows, it may even be superseded before it even gets released!