Amazon has today taken the wraps off of its new unlimited music streaming service, aptly dubbed, Amazon Music Unlimited. The service is available to both Prime and non-Prime users.

Amazon Music Unlimited packs “catalog of tens of millions of songs and thousands of hand-curated playlists and personalized stations” to keep any users hooked to the service, especially when you consider the competition it faces in the likes of Apple Music, Spotify, TIDAL, etc. But what makes Amazon’s ‘unlimited’ service so special? 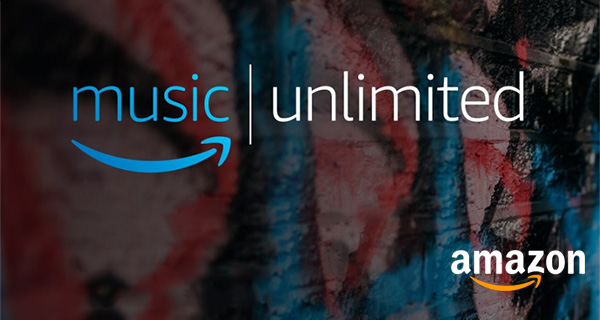 Starting off, the new on-demand streaming service will cost subscribers of Amazon Prime $7.99 per month or $79 annually, with $9.99 the price for those who do not take advantage of Amazon’s Prime service. To get more and more users to try out the service, Amazon is also offering a free 30-day trial to begin with for both, Prime and non-Prime users.

In an attempt to sweeten the deal for owners of the Amazon Echo personal assistant, Amazon is also offering a special Echo-only subscription tier, costing just $3.99. The theory behind this less costly option is to allow owners of the Echo to take advantage of unlimited access to tens of millions of songs without having to subscribe to the full experience, should they not wish to access their music via other devices such as smartphones, tablets or computers.

A third subscription plan has also been announced; a family subscription plan for up to 6 people is not quite ready yet, but we’re told that it will arrive later this year for $14.99/month, or $149/year if a an annual option is preferred.

Alongside the actual music, Amazon Music Unlimited also follows in Apple Music’s footsteps by bringing additional value to users. When tied into an Echo, Echo Dot, or Amazon Tap for example, the service includes some behind-the-scenes artist commentaries, called Side-by-Sides. User will simply be able to speak commands like, “Alexa, play Side-by-Side with OneRepublic” which will then have Ryan Tedder “play and comment on songs from OneRepublic’s latest album Oh My My”.

The Echo, Echo Dot, and Tap will even let users request songs based on a portion of the lyrics that they know even if they don’t have the name of the song to hand. You might feel a bit silly singing to your Echo, but the chances are you’ll be rewarded with the song you wanted afterwards.

The Amazon Music app has undergone a makeover to accommodate Amazon Music Unlimited, and services and hardware that support it include Amazon’s Echo, Echo Dot and Amazon Tap as well as Fire devices like Amazon Fire TV and Fire tablets. Apple’s iPhones and iPads, Android devices, the web, PCs and Macs, Sonos, Bose, and more can also take advantage of the service.