Dropbox, the popular online storage service, which also has apps available for every platform under the sun, today updated the iOS flavor of those apps to take advantage of iOS 10 whilst also adding a much-requested feature to the mix.

Now officially supporting iOS 10, the newly updated Dropbox app, labeled version 18.2, is available to download from the App Store and brings with it one or two additional features that we are sure many will appreciate. 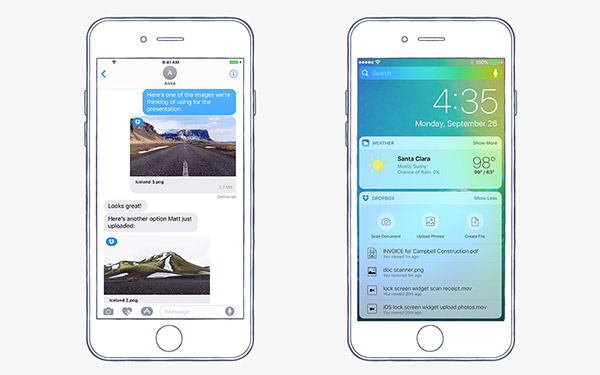 The first of those is Messages support, allowing users to select and then send files that are stored on Dropbox without ever having to leave the Messages app. If you are the kind of person who often needs to send files via Messages, this could be a huge time saver.

Beyond Messages support, the app also has a new widget that gives users easier access to creating, viewing or uploading files to their Dropbox accounts for easy sharing either across their own devices, or others. Speaking of others, the Dropbox app will now notify users of when other people have edited files stored within their Dropbox.

While all of that will likely be well-received, the biggest addition this time around is the ability to sign PDFs right from within the Dropbox app without the need for a third-party solution. We have all had need to sign a PDF before, and having the ability to do it right from Dropbox is a great addition even though iOS natively lets you do this, which we have detailed previously here. Dropbox’s implementation is similar. It lets you you scribble your sign onto the screen with your finger, and the app converts it into an image that you can resize and drag onto any portion of the document. The app already has document scanning, which should work perfectly with this new addition to allow quick and painless signing of printed documents. 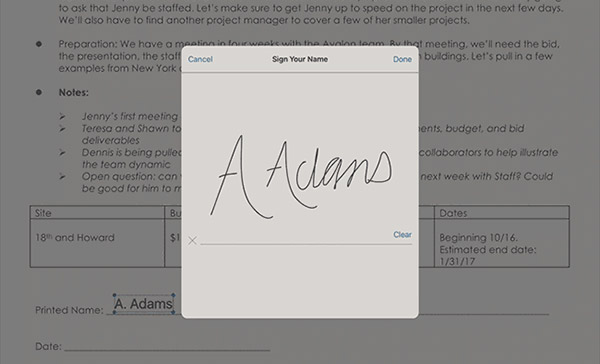 Other iOS 10 features are also now supported, such as picture-in-picture video playback on compatible iPads while split-screen support for the same is headed to the app in the coming weeks. 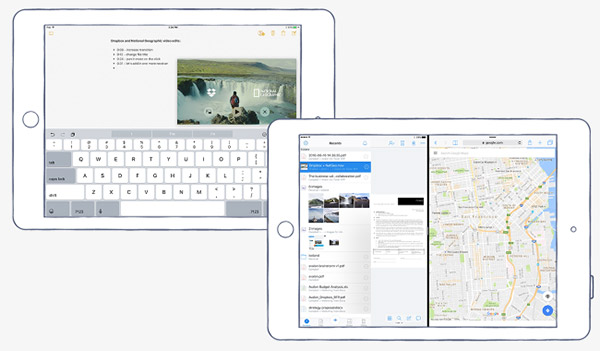