Samsung has had what can only be labeled as a commercial and public relations nightmare with its flagship smartphone, the Galaxy Note 7. An initial recall of the hardware – which in itself was bad enough – has snowballed into something far worse for Samsung, and has ultimately ended with a second worldwide recall and the company finally admitting defeat and putting the Note 7 range to bed.

For those still clinging onto a Note 7 (replaced device even), and who are hesitant about actually replacing it for a different device, it may be worthwhile viewing a new video that has emerged to get an understanding of the potentially serious consequences that come equipped with owning this particular device. 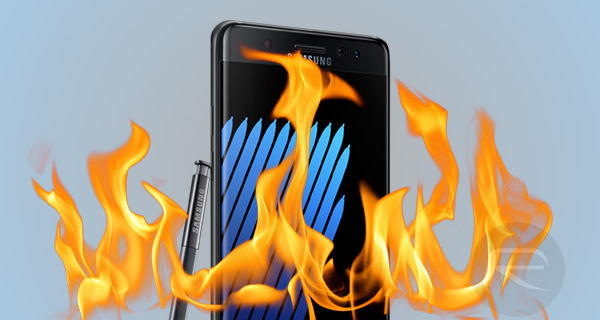 The video has been uploaded by a Hawaii-based Note 7 owner, Dee DeCasa, and immediately shows a woman entering the frame holding a smartphone that has plumes of smoke coming out of it. The device is then taken into a kitchen area by DeCasa and a male household member before the two walk back into the main living space after leaving the Note 7 behind.

After a few more seconds DeCasa is then seen inexplicably collapsing onto the nearest sofa before getting help from the aforementioned male household member. One of the particularly terrifying things about this incident, which has been outlined by previous Note 7 owners, is that DeCasa was simply using the device in the normal manner, viewing emails and browsing the Internet, and the hardware wasn’t plugged into a power source at the time that it started billowing out smoke.

Local television station KHON2, to whom this incident was reported, reached out to Samsung and received the following statement:

We are engaged with the DeCasa family to ensure we are doing everything we can for them. Even though there are a limited number of reports, we want to reassure customers that we are taking every report seriously. 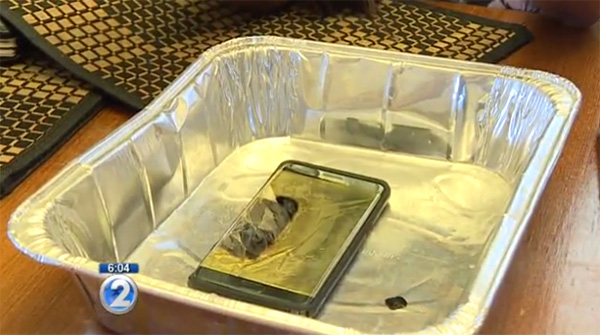 What’s unclear at this stage is if the collapse of the device owner was an exaggeration to the shock of the situation, or if it was actually related to something entirely different, or what’s more likely, inhalation of smoke from the hardware itself. What is quite clear from this video is that if you are still holding onto a Note 7 under the belief that it will never happen to you, it’s probably time to exchange it for something entirely different.

Check out the video embedded below: