Amazon Digital Day 2017 Is Now Live, Here Are The Best Deals To Get [Today Only]

If you can count yourself amongst one of the largest retailers in the world, then it’s fair to say that you don’t get to that position without being able to recognize the needs, wants, and desires of consumers.

Opinions are divided where Amazon is concerned but it’s difficult to argue about the company’s ability to provide almost constant and seemingly never-ending deals. And yes, those deals are continuing with a Digital Day shopping extravaganza. 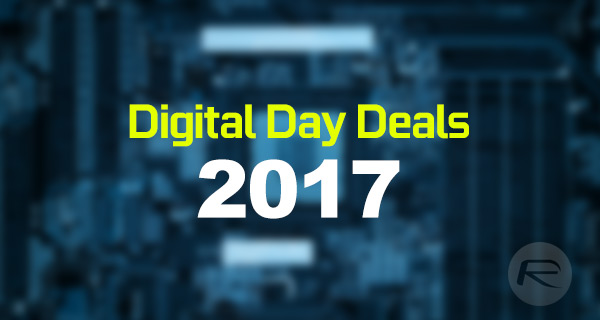 As shoppers try to recover from the festive hangover Amazon is coming back stronger than ever with a full-day of wonderful deals as part of its annual Digital Day tradition. The company’s accountants have a fairly monolithic task on its hands counting the ludicrous amounts of revenue which have passed through its digital coffers over the last few weeks but we’re sure they’ll cope with a little more income generated via the insane Digital Day deals. In fact, the deals can be so good on Digital Day that it’s not uncommon to see highly sought after goods and services being listed with up to 80-percent taken from the list price. That includes discounts on software, movies, subscription services, and even digital downloadable games for consoles and PCs.

If it’s remotely digital, then it’s likely that Amazon will be offering some kind of deal on it throughout the day today. Some of the best deals that we could find are listed below for your immediate consideration:

You can check out the full catalog of up to 80% off digital games, apps, movies, and much more here at Amazon.

Of course, the above, which will be constantly updated throughout the day, are just a small selection of the unbelievable deals which are currently being offered on Amazon throughout Digital Day.