iOS users are likely fans of the system’s built-in Google Maps client, which is arguably the best one of its kind. However, there are features many users have yearned for since its inception but have never been able to get, such as on onscreen compass. Thankfully, there’s ‘Compass for Maps’, a jailbreak tweak that seamlessly adds this feature. 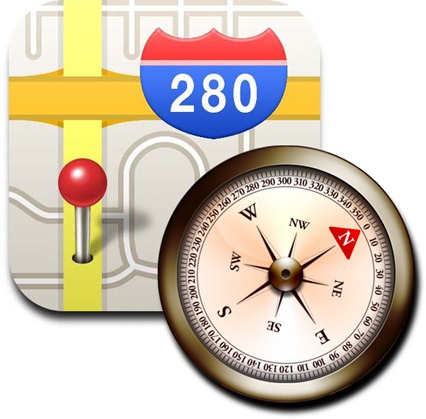 This jailbreak tweak, which is available for both the iPhone 4 and 3GS running iOS 4, will simply add a small compass indicator on the bottom-right corner of the Maps app. Moreover, this tweak merely works as an add-on to the already existing app, requiring no additional setup.

Once the tweak has been installed, it will work essentially as expected. By opening the Maps app, users will be able to tell where they’re facing, such as North, Northwest or South. This tweak takes advantage of the iPhone’s built-in magnetometer, which is also used by the iOS built-in Compass app, which explains its limited hardware support. This tweak is however limited to the iPhone 4 and iPhone 3GS since these devices sport a built-in magnetometer.

If you’re a regular reader of this site, you’re probably aware of ‘Speed for Maps’, a similar tweak by the same developer, that adds a speedometer to the Maps app. Not only will ‘Compass for Maps’ work identically, it is in fact compatible with the ‘Speed for Maps’, displaying right next to its indicator.

There are no customization options to this tweak, but there isn’t a need for them, since after all the point of it is to display directions. Perhaps we’ll see additional customization in future versions, such as the ability to mover the indicator around, but there’s not much that can be added to a compass.

In order to install Compass for Maps, you need to have a jailbroken iPhone or iPad. You can follow our step by step guide posted here to jailbreak your iPhone, iPad or iPod touch on iOS 4.3.5 using Redsn0w (or PwnageTool), or on iOS 4.3.3 using Redsn0w, PwnageTool, Sn0wbreeze &JailbreakMe (that last one being the easiest).

This tweak can be downloaded from the Cydia BigBoss repository.