A new Apple patent might give us an idea of how the company plans to solve the problem of foldable displays creasing during use.

Phones like the Galaxy Fold from Samsung have a very clear crease down the middle of their screens and to say it’s unsightly is an understatement. But Apple seems to have a solution that it thinks will allow it to make a foldable iPhone or iPad without such issues. 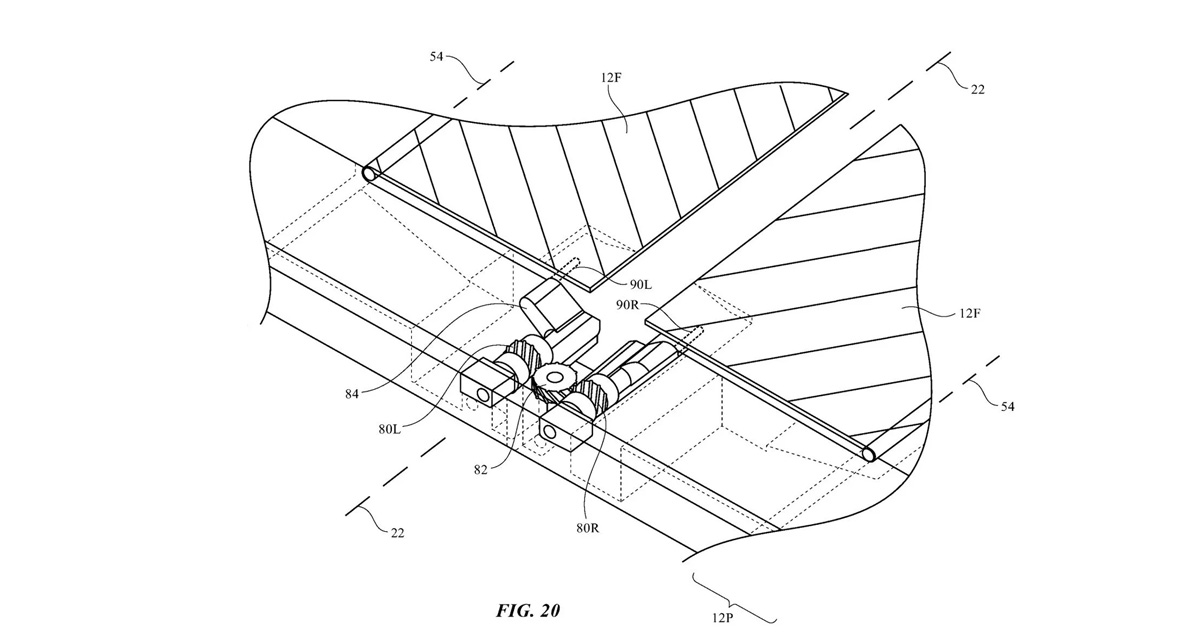 The patent is titled “Electronic devices with flexible displays and hinges” and was first spotted on Tuesday. While it’s filled with decidedly opaque language, it does seem to suggest that Apple’s engineers want to bend the display outwards slightly before folding it back on itself. That, the patent notes, should enable a larger radius curve and thus prevent any creasing. In theory, at least.

A hinge mechanism may be used to ensure adequate separation between first and second portions of the housing when the housing is bent. This ensures that the flexible display can maintain a desired minimum bend radius in the vicinity of the bend axis. The hinge mechanism may be based on a rack-and-gear arrangement or other arrangement that maintains the first and second housing portions at a desired distance from each other.

Perhaps the mechanism is best explained by an animation from MacRumors seen below:

Samsung isn’t the only company to have gone the foldable route in recent months with the Motorola RAZR having just gone on sale. But it, too, seems to have a similar creasing problem to the one Apple is clearly trying to avoid with this patent.

It’s important to remember that Apple patents almost everything its engineers come up with. Not all patents turn into products that you can buy, either. So while this patent does look very interesting, it doesn’t necessarily mean that a foldable iPhone or iPad is around the corner. Or even that it’s going to happen at all.

It’s good to know that if we do get a foldable Apple device, it at least shouldn’t crease.