Apple’s March 15th event may not have been officially announced yet, but we already can’t wait for CEO Tim Cook to set foot on stage. With new products set to be the order of the day, it promises to be a big one. The iPad Air 3, for example, is expected to be announced on that Tuesday morning, although if new reports are accurate, it won’t be an iPad Air 3 at all. 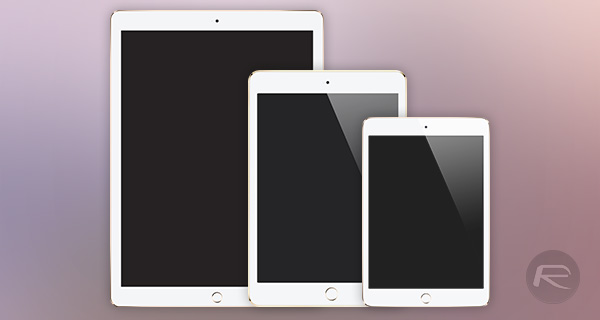 Released late last year, the iPad Pro is a 12.9-inch monster, but the 9.7-inch iPad Pro is set to retain all of the probability of the iPad Air 2 that came before it while gaining the A9X processor and additional RAM that made the larger iPad Pro such a strong performer.

Rumors already had the next 9.7-inch iPad featuring a smart connector, and it now appears that a Smart Keyboard will also make an appearance next month, giving 9.7-inch iPad Pro owners their very own keyboard to use. There will also be Apple Pencil support, as had previously been rumored for the iPad Air 3, meaning this will essentially be a shrunk-down iPad Pro in every sense. The iPad Pro’s four-speaker audio system will also make the jump to the smaller product.

Apple looks set to simplify its iPad lineup by removing the original iPad Air 1 and iPad mini 2 from sale once the newer, smaller iPad Pro goes on sale in March 18th, according to reports.

March is shaping up to be a big month, with the assumption at this point also being that the iPhone 5se is indeed very real. Another three weeks or so, and we will know for once and for all.