Apple’s iPhone XR is arguably the best iPhone for most people right now, thanks to that A12 Bionic CPU, edge-to-edge display and perhaps most importantly, relatively low price of $749. It’s not cheap by any stretch of the imagination, but it’s less costly than an iPhone XS or iPhone XS Max. The important thing to remember here is that you don’t lose a whole lot of performance by selecting the iPhone XR, either.

That’s something that’s been shown on video, with YouTuber PhoneBuff highlighting the fact in a comparison between the iPhone XR and the $1000 Samsung Galaxy Note 9. 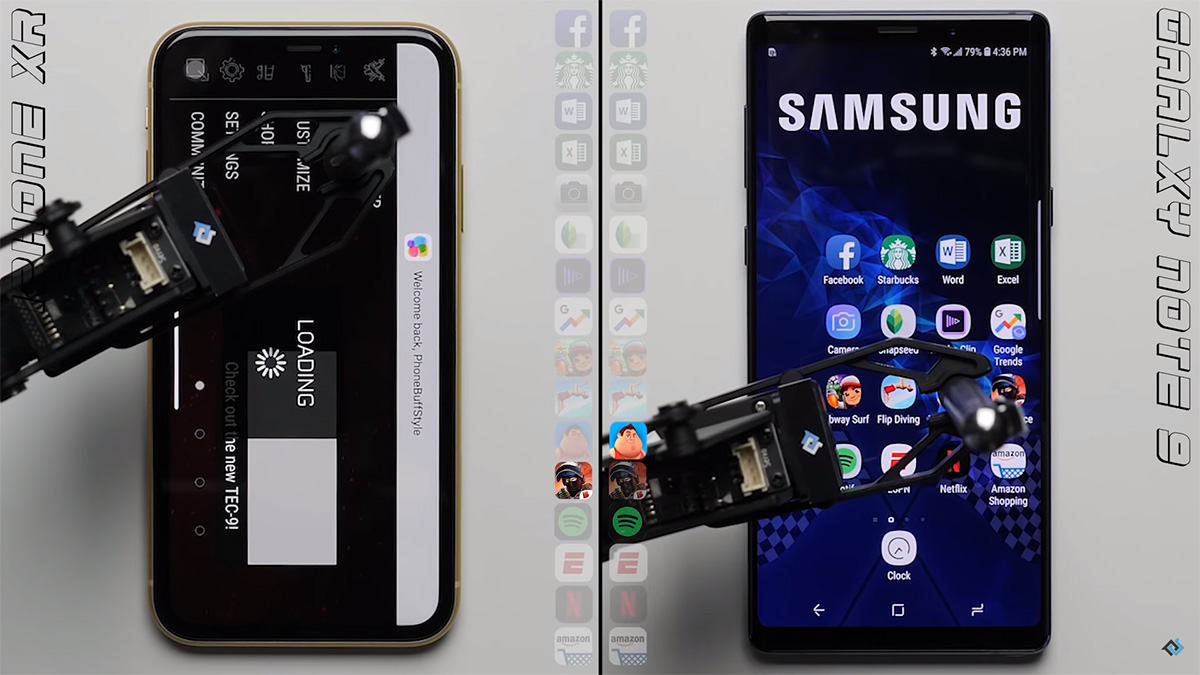 With its 3GB of RAM compared with the Galaxy Note 9’s 8GB, some may have expected this to be the Samsung phone’s for the taking, but as the test showed, that’s certainly not the case. The test took both phones for a spin, making them launch apps from cold and then do the same again, this time from memory.

The iPhone XR toasted the Galaxy Note 9 in the cold app launching portion of the test as is to be expected, with the Note 9 closing the gap thanks to its increased RAM size on the second run through. We won’t spoil the overall outcome for you here, so go and check out the full video for the lowdown on how things panned out.

What we will say is that the iPhone XR is a very capable phone, and once again it’s a prime example of why extra RAM doesn’t necessarily mean a faster phone, especially when comparing iOS with Android.

We don’t expect that to stop anyone from comparing RAM specifications, though.