The future of TV and movie viewing was once thought to be the abomination that was 3D, and thankfully, that is now starting to go the way of the dodo as movie companies and TV makers come to terms with the fact that nobody really wants to sit at home with silly glasses on their face to watch a Tie Fighter fly at them.

That’s good news, and more good news comes in the form of what appears to be confirmation that 4K/HDR content is finally coming to the iTunes Store as that particular format continues to grow in popularity. 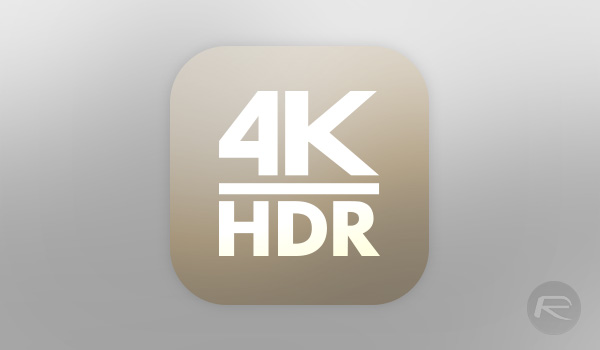 4K/HDR content has surfaced all over the place over the past year, with TVs supporting it now becoming ever more affordable and even home gaming consoles like the PS4 Pro, Xbox One S (for video) and upcoming Xbox One X all jumping on the bandwagon.

Apple has historically been slow to join such rushes for pixels having taken an age to launch a 1080p Apple TV, but with rumors that a new 4K Apple TV is on the horizon bubbling along nicely, it would now appear that Apple is already starting to get its ducks in a row as far as content is concerned after a user spotted a 4K, HDR movie in the UK iTunes Store.

Posting to the MacRumors Forums, user Tomas Jackson shared a screenshot of a recent movie purchase, Passengers (great movie!), which iTunes has badged as being in “4K, HDR” in his purchase history. That would suggest that the high resolution, high dynamic range content is there and ready to go and we just need hardware on which to play it!

Apple has historically treated the Apple TV with nothing short of contempt, so we will have to wait and see whether we get a new set-top box with 4K and HDR support before the next big thing comes along. Here’s hoping!