3G iPod touch 5 May Look Like This [Concept Render]

Talk of a possible 3G-equipped iPod touch has been rife over the last few weeks. Many have claimed that Apple is working on a replacement for its already popular current iPod touch – which is no great surprise – but the addition of a 3G radio is an interesting idea. 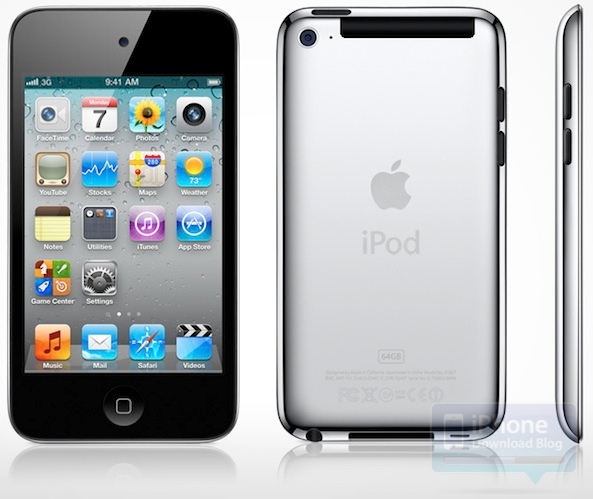 With Apple’s iCloud taking device syncing and updating to a whole new level, in effect making MobileMe into what we all hoped it would be two years ago, an always-on device could well prove useful for many. Add in the inclusion of iMessage into iOS 5 and it would make even more sense. After all, why create a new messaging system that wouldn’t be accessible by a large proportion of your devices when outside the home?

Of course, even if the iPod touch did find itself sporting a 3G radio, the WiFI-only iPads would still face the same connectivity issues, but the tablet isn’t quite aimed at the same audience, or indeed the same use cases.

With all the talk of Apple adding 3G capability to its iPhone-lite iPod, the guys at iDB did the only sensible thing in a situation like this – they headed over to photoshop to see what they could fashion together.

What they came up with is a design that could well represent what Apple will release as the next iPod touch, possibly around September/October time.

We took this concept to Photoshop, and we came up with the iPod Touch 3G. It looks exactly like the current iPod Touch, but has a black strip on the back. It also says “3G” in the menu bar. Along with that, it also features an integrated SIM card, as the next iPhone is rumored to have…

A 3G iPod touch could make even more sense when we remember the rumor that just won’t go away. Claims of a cheaper, mass-market iPhone have been doing the rounds for a good long while now, with Apple supposedly trying to combat the market created by cheap Android handsets.

Whether potential buyers would want to stump up the cash for a data plan, be that prepay or otherwise, however, remains to be seen.