While we have covered our fair share of seemingly outlandish rumors pertaining to the iPhone 5/6 here at Redmond Pie, this one rumor is the most believable one yet! Today’s report from AppleSpot.nl suggests that next iPod touch will have 3G connectivity, much like the iPad WiFi+3G models do. 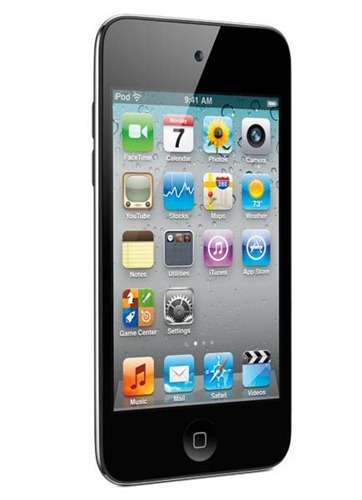 With the iPhone 5 expected in September, rumors of the next generation of its younger brother – the iPod touch – have started springing up.

Outside of the possibility of more RAM, we really never were expecting much from the next iPod touch. This is what we thought until today, when a report from Dutch blog AppleSpot.nl opened our eyes to the possibilities of a 3G-ready iPod touch.

A (very) rough translation of what AppleSpot.nl posted:

Apple could be a source of ridicule us today to report that in September a new iPod Touch will be marketed. This will only happen simultaneously with the launch of the new iPhone. The specifications of the new iPod Touch knew our sources are not fully reporting, but knew the person telling us that the iPod Touch 3G will contain.

AppleSpot.nl provides no sources, so this cannot be taken as-is, however, a 3G-capable iPod touch makes a lot of sense, so the chances of AppleSpot’s claim to being true eventually are very much high.

The iPod touch, currently in its fourth-generation, is a multimedia powerhouse: it does games, it lets you watch movies/TV shows, browse the web and lets you download apps of your choice from the 425,000-strong App Store. It’s lacking in one key area though: connectivity.

You can only harness the iPod touch’s capabilities when it’s connected to a Wi-Fi hotspot; majority of the non-game apps do not work well without an internet connection. Now there are two ways of looking at this. One may either think of this as that’s exactly what the iPod touch is supposed to do OR one may consider it to be a limitation.

Many people don’t want to get into contracts, which is one of the major reasons why, in America at least, iPod touches sell like hot cakes. So why would such people want 3G on their iPod touch?

Well, consider the iPad: besides being sold in three different memory capacities, it has two types of models based on connectivity i.e. WiFi or WiFi+3G. Two different models to cater to two different kinds of consumers.

If the next-gen iPod touch were to have a WiFi-only model and a WiFi+3G model, it would keep both kinds of people happy.

Pricing would be similar to the iPad WiFi vs. WiFi+3G models in the sense that a baseline, Wi-Fi only iPod touch would cost $229 whereas its 3G variant would cost $70-$100 more.

9to5Mac suggests that if Apple actually adds GPS, voice+data chips to the iPod touch and includes a 3 megapixel camera then this could be the cheaper version of the iPhone that we’ve been hearing about so much lately.

Thoughts? Do you own an iPod touch? Would you like for it to have 3G connectivity or would you prefer it being WiFi-only?