According to a new report, Apple is working on implementing a new way to charge the iPhone 6, the sixth-generation iPhone. While the source hasn’t specified what such charging method would involve, or if it would replace the current USB charging method, many speculate that the iPhone 6 might be charged using “non-contact based platforms”.

Reports of the sixth iPhone have been quite scarce due to its far-away-from-launch nature. This source couldn’t have made it more clear that the iPhone 6 might not be charged through USB (at least exclusively), like the current one:

People briefed on Apple’s plans said the company is planning a major iPhone revamp then, with one person saying the company has been experimenting with features such as a new way of charging the phone,

Connecting a device to a computer, or plugging it into the wall, is necessary but unpractical. Although information on this subject is very scarce, Apple has a reason to be working on replacing standard charging solutions, and they indeed might be, since previous patent filings have indeed pointed to new charging technologies. A patent filing from as early as February 2007 suggests this changeover:

When electrical contacts are used, the electrical contacts may be implemented in connectors and/or they may be surface or flush mounted on the housings of the portable electronic device and the docking station, […] In either case, each device includes a set of corresponding contacts that when in contact allow data and power to be transferred there through.

Other companies have experimented with this form of charging. Back in 2009, Palm (now a business division of HP) introduced a charging surface for its then-newly-released Palm Pre, which simply required the device to be placed on top of the charger. This method, much like the Palm Pre itself, have flopped, but a similar feature in an Apple product could succeed. 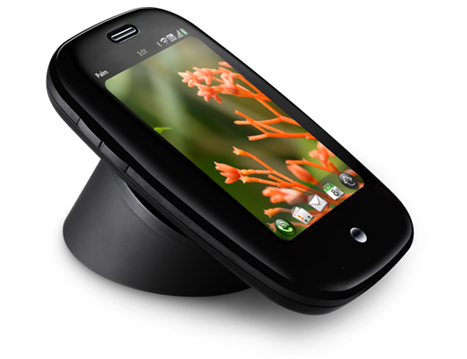 Another way to improve the iPhone’s charging, perhaps more pragmatic, would be to simply increase its speed. It’s possible that Apple might be simply working on changing its default charging interface from USB to inductive, maybe with longer range.

The next-generation iPhone on the other hand, known as the iPhone 5, is scheduled for introduction in September at Apple’s annual music event. New features will likely include an 8-megapixel camera, as opposed to the iPhone 4’s 5-megapixel one, and a dual-A5 processor inside. Although most sources have pointed to an identical design as the current iPhone, newer reports have suggested that it will have a thinner and lighter design.