In an official press release, the Cupertino-based Apple Inc. has announced that the iOS App Store has reached the 15 billion downloads milestone in just under three years since launch. 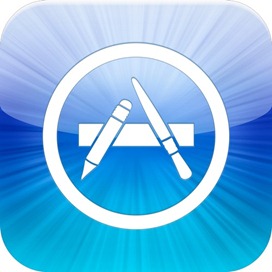 The App Store first opened on 10th July, 2008 via an iTunes update. The very next day, the now-outdated iPhone 3G released which came with the App Store built-in on iOS 2.0.1. The rest, as they say, is history.

Since then, the store has seen phenomenal growth. As of writing, there are more than 425,000 apps available on the App Store with over 100,000 iPad apps. Android, meanwhile, hasn’t even crossed the 200,000 apps and native Honeycomb apps are still quite rare to come by:

Apple® today announced that over 15 billion apps have been downloaded from its revolutionary App Store™ by the more than 200 million iPhone®, iPad® and iPod touch® users worldwide. The App Store offers more than 425,000 apps and developers have created an incredible array of over 100,000 native iPad apps.

“In just three years, the revolutionary App Store has grown to become the most exciting and successful software marketplace the world has ever seen,” said Philip Schiller, Apple’s senior vice president of Worldwide Product Marketing. “Thank you to all of our amazing developers who have filled it with over 425,000 of the coolest apps and to our over 200 million iOS users for surpassing 15 billion downloads.”

Total downloads for these apps crossed the 10 billion mark almost six months ago. At WWDC, Apple stated that the App Store crossed the 14 billion mark and, today, users have clocked in over 15 billion downloads. As Steve Jobs would say, unbelievable!

More than 15 billion apps have been downloaded from the revolutionary App Store and more than 425,000 apps are available, including more than 100,000 native iPad apps, to consumers in 90 countries. Users of the more than 200 million iOS devices around the world can choose from an incredible range of apps in 20 categories, including games, business, news, education, sports, health, reference and travel. Apple has paid developers over $2.5 billion to date.