A few lucky birdies have managed to get their hands on Android 2.3.4, the newest point-release of Android 2.3, on their Galaxy S II’s. As with any private release, it has already leaked onto the Internet, and if you have a Samsung Galaxy S II, you can install it today. 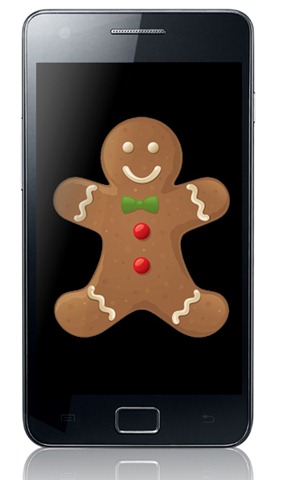 If you’re hoping for a sweeping upgrade with many new features, don’t keep your hopes up: this is nothing more than a point-release. While that might be true, it introduces two long-awaited improvements: video and voice conferencing support in Google Talk and much-improved battery life.

A member at a well-known Android message board has written very clear instructions on how to set up Android 2.3.4 on your Phone. All you need is a Samsung Galaxy S II and some knowledge on how Android works.

You can download SuperCore 1.0 kernel from here, DarkyROM2 from here and the STOCK XXKG1 ODIN firmware from here. As a bonus, this process will keep your phone’s settings intact, unless you specify by adding a folder named “wipe” /file to /sdcard/Dark.

Android 2.3 first became available to developers in December of last year and has made its way onto some Android smartphones ever since. This version of Android, codenamed “Gingerbread”, includes improvements to the Copy and Paste feature, user interface refinements and a new Download Manager that allows users to have access to the files they’ve downloaded from their web browser or other Internet-connected apps, among others.

Google Talk being built into a  phone can have several interesting ramifications, including the elimination of the need for a connection to a cellular network in the long run, assuming that the user manages to get all their contacts to move over to Google’s service and that Wi-fi became more universal than it is today, which is unlikely to happen just yet. Android 2.3.4 first made its way to the Nexus S, Google’s flagship Android smartphone, and is now slowly finding its way to other Android devices.

If you want to stay on the safe side, just wait for 2.3.4 to be officially released for the Galaxy S II, but if you’re willing to take a small risk, you could start enjoying Google Talk on your phone today.