Not only is the Xbox One S an official evolution of Microsoft’s extremely popular Xbox One Console, but as the software-giant company has now confirmed, it’s now officially available to pre-order in limited edition bundle form as well.

It was only four weeks ago that  Microsoft officially unveiled the Xbox One S as part of its opening media event at this year’s E3 in Los Angeles, but it’s clearly not wanting to hang around in terms of garnering sales for the new console. Today’s announcement means that consumers can now pre-order a limited edition 2TB bundle version of the console ahead of public release in August. 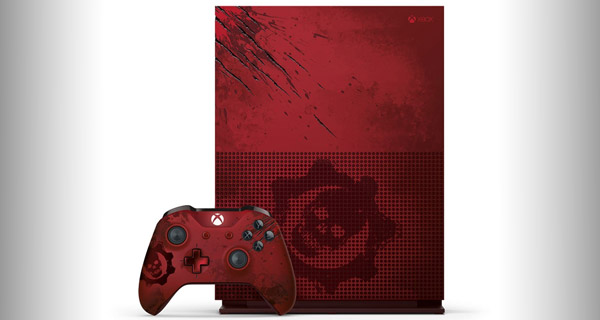 Excitement for the Xbox One S may be rising as part of this announcement, but it may just get bumped up to another level when we outline exactly what’s on offer. Rather than being a plain, run-of-the-mill 2TB console, Microsoft is offering a Gears of War 4 Limited Edition 2TB Bundle as part of the pre-order limited time promotion.

The bundle will include a 2TB Xbox One S console finished with a gritty, battle-weathered paint job, a Gears of War 4 Crimson Omen Limited Edition Xbox One Wireless Controller featuring a textured grip for enhanced comfort, a vertical stand, and access to a full digital download of Gears of War 4: Ultimate Edition for Xbox One and Windows 10.

The special edition console will also include custom system sounds to really amp up the theme it carries. The limited edition Crimson Omen controller matches the weathered and gritty exterior of the console itself, and of course, the Xbox One S console itself means that owners are able to stream 4K videos, watch Blu-ray movies in 4K Ultra HD, and experience gaming content in richer, more luminous colors. 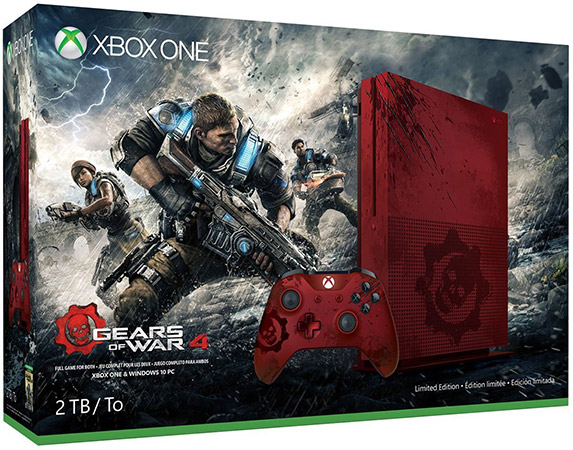 If that’s not enough to coerce you into parting with your money then there’s also a Gears of War 4 Season Pass that features an exclusive Vintage VIP Pack, unrestricted and permanent access to future multiplayer maps to ensure that you never need to game alone, and even early access to upcoming modes. All of this is valued at $99. 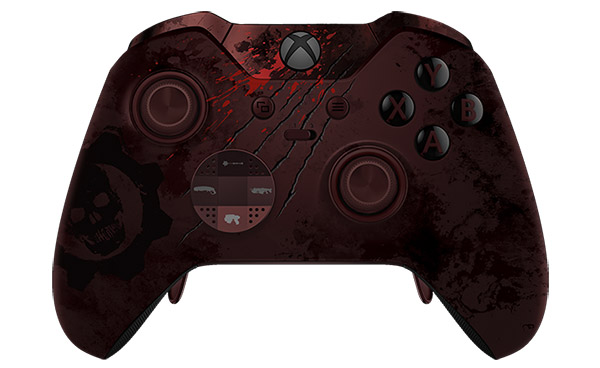 The special edition 2TB Xbox One S console bundle is available to pre-order right now as well for $449.99, and is expected to ship on October 7.