Thanks to its circular watch face, Moto 360 has done really well among Android Wear based devices. But the big question on everyone’s mind right now is; what’s next after the Moto 360 from Motorola? Well, if this leak – or slip up, as we’d like to call it – is anything to go by, we might have an answer.

In an attempt to show off the world what a ‘real’ smartwatch looks like, Lenovo CEO Yang Yuanqing posted an image on Weibo of what appears to be the next-generation Moto 360. 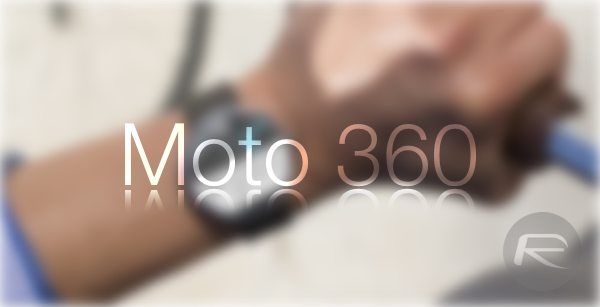 Firstly, you’ll notice that the 2nd-gen Moto 360 appears to come in many different colors compared to what is being offered on the first-gen. But the interesting bit doesn’t end there; if you look close enough, you’ll notice that the front panel of the watch is interchangeable. Another thing that might’ve caught your attention is the fact that there are now lugs underneath the body of the watch, making it easier to insert straps into place, unlike the first-gen Moto 360.

Lastly, if you squint your eyes a little, you’ll discover that the Moto 360 shown off here is in two different sizes, just like the Apple Watch. This is definitely a good addition for those with big, or smaller wrists.

The photo was deleted from Weibo for obvious reasons, but the message attached to it translates to the following:

“Moto 360, matching the arrival of the era of freedom , our store in the future to increase the function of the watch shop .”

If this is anything to go by, then we can be certain that the next-gen Moto 360 will be highly customizable in terms of its external hardware, i.e straps, the ring around the display etc. 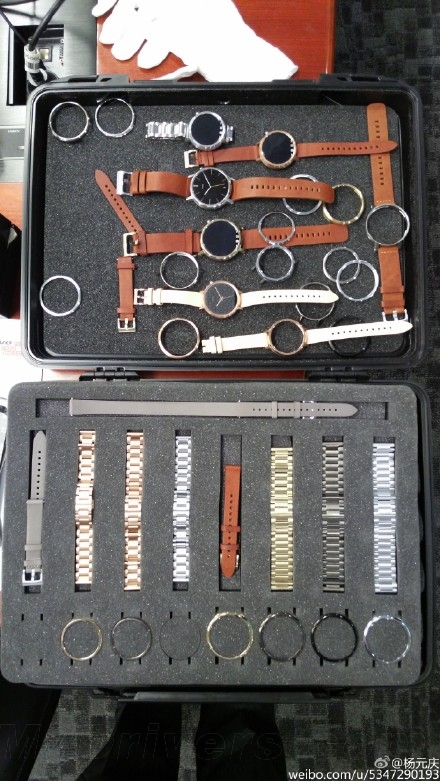 The most disappointing part is the black bezel type thing on the bottom of the display. It’s still there, even after a year, and we’re surprised that the company hasn’t figured out a way to fix this. Kind of a deal breaker on an otherwise beautiful smartwatch.