12 Days Of Christmas App For iOS Updated For Christmas 2012

It’s coming up to that time of year again, and to spread a little festive cheer, Apple has updated its 12 Days of Christmas app internationally for 2012. The app, which works on the iPhone, iPad and iPod touch, will kick into action from December 26th, delivering a new gift every day until the twelfth day – January 8th.

Presents come in various forms. One day you may get an app, the next day an episode, and another day, a small collection of songs from a popular artist. Whilst not every gift will be to the taste of every consumer, the mixed bag will likely feature at least something for everyone, and with twelve installments, it’s worth checking back every day to see what’s on offer. 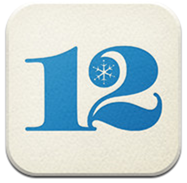 The 12 Days app is just one of many useful ways you can save money on your iOS this holiday season, and if you stay tuned to our coverage here at Redmond Pie, we’ll make certain the very best deals and saving are brought to your attention. The big developers like to slash the prices of some of the most sought-after titles considerably when Santa Claus comes to town, and as well as being the "season to be jolly," it’s also the season stock up your mobile devices with some of the App Store’s premier titles. 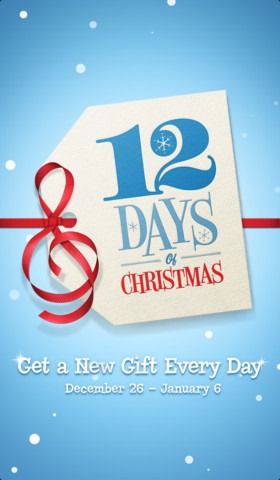 We’ll give you a gentle reminder on 26th of this month, so you can go and grab some of the content as and when. It’s understandable you might not be wanting a fairly useless app sitting on your home screen (as well as sending you the odd, unwanted push notification), but for those of you that like to prepare things in advance, grab the app by checking the link below. 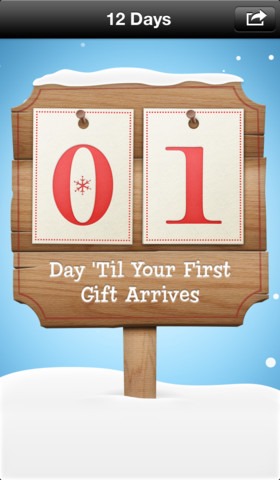 As this is an international release, it’s not available to those residing in the United States. We’ve linked to the Canadian version, but your best bet is to fire up iTunes or the App Store app on your iOS device, and run a quick search to find the version specific to your country.

(Source: 12 Days of Christmas for iOS on App Store)

Make sure to check out our iPhone Apps Gallery and iPad Apps Gallery to explore more apps for your iPad and iPod touch.