YouTube Rewind 2019 Receives Over 2.2M Dislikes In Half A Day

In a bid to avoid a repeat of the resounding disaster that was last year’s Rewind, YouTube went with a fresh approach for the 2019 edition of their annual recap video, but it seems to have fallen foul of viewers once again, accruing a whopping 2.2M dislikes in half a day.

YouTube Rewind 2018 – an end-of-year recap created to honor the platform’s creators – is, ironically, the most hated video in YouTube history. The video was panned by viewers and content creators alike for its choice of featured YouTubers and “awkward” skits, among other things. This year’s Rewind starts with a healthy dose of self-awareness, with the video acknowledging last year’s failure and revealing a course correction. “In 2018, we made something you didn’t like,” reads the on-screen text. “So in 2019, let’s see what you DID like.” What follows is a compilation of the most liked and viewed content as well as the most popular creators during the year. 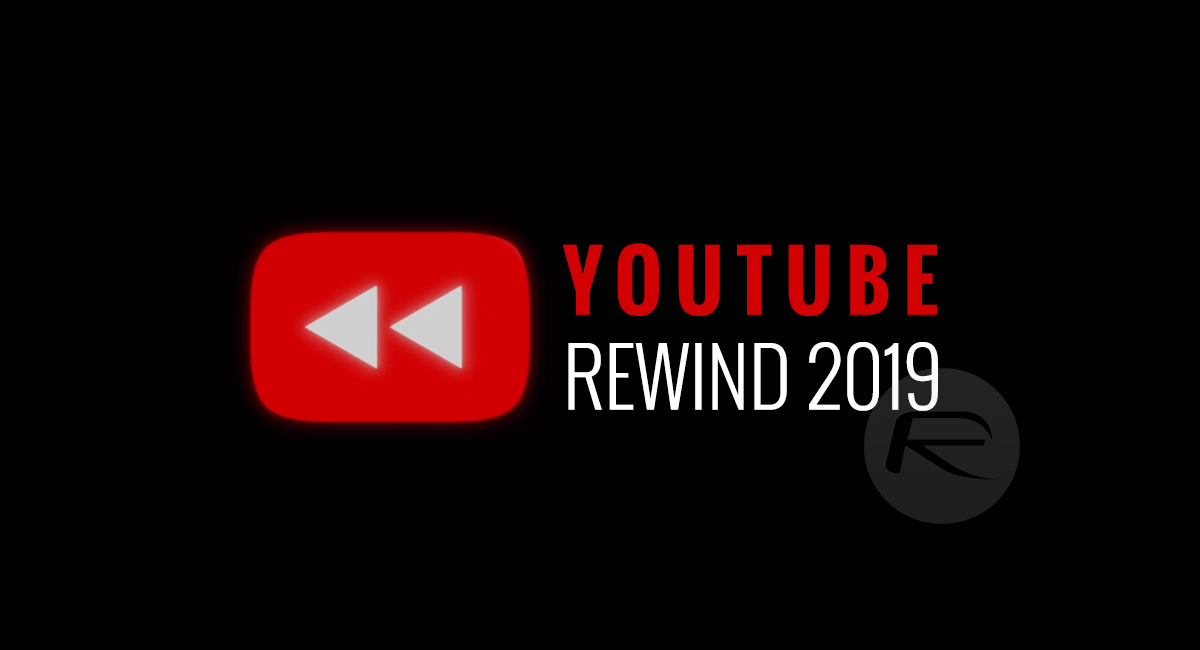 It’s this new format that doesn’t seem to be sitting well with viewers, with a couple commenters likening the video to those by popular YouTube compilation channel WatchMojo, but without the voice over, some calling it “boring,” and many others going so far as to imply that it is lazy work.

YouTube Rewind started as a nice end-of-year collaboration between the platform and its creators, featuring content made specifically for the video, which is likely what many were looking forward to this year.

YouTube played it safe, using public metrics to decide who gets featured in Rewind 2019, but by simply compiling clips from its creators, they may have played it a little too safe. At the time of writing, barely half a day in, the video’s comment section is brimming with mild to outright cruel insults. 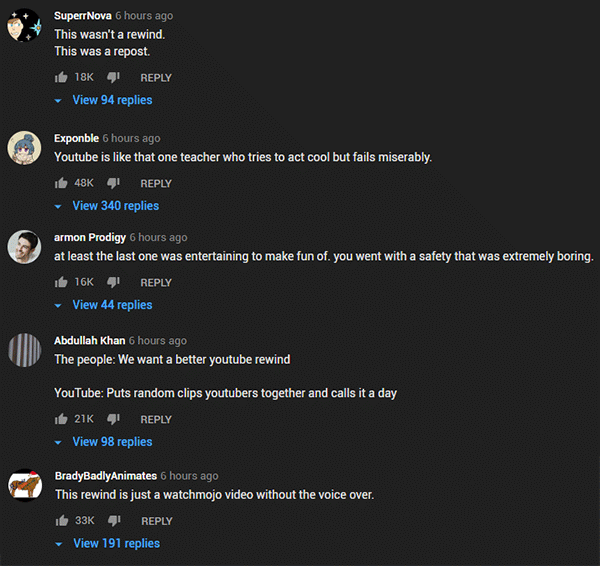 That said, things still aren’t as bad as last year, despite the fact that the video has twice as many dislikes as likes. Pleasing everyone on the internet, especially for an outfit like YouTube, is about as possible as flying to the moon on a fire extinguisher. YouTube may weigh this Rewind’s reception against last year’s, count its lucky stars and decide to stay its course for future editions. This is assuming things don’t get worse, of course.