YouTube App for Windows Phone 7 Now Available, But for HTC Phones Only

HTC Corporation has released a full-fledged YouTube client for Windows Phone 7 devices. Unfortunately though, this YouTube app is limited to HTC’s handsets only, running the exclusive HTC Hub. 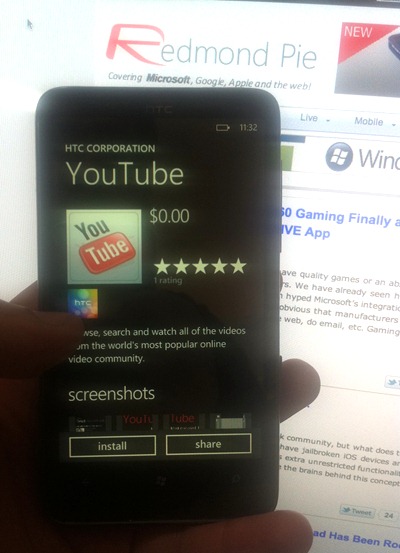 Browse, search and watch all of the videos from the world’s most popular online video community.

Microsoft’s current solution for YouTube on Windows Phones is a mere plugin, which basically opens YouTube web app in browser (not the HTML5 version as seen on iOS and Android devices) and then allows you to playback videos using the native Windows Phone 7 video player. Microsoft’s YouTube plugin also integrates with Zune’s music and videos hub, allowing users to go through their YouTube playback history.

Here’s to a hope that Microsoft or other OEMs such as Samsung will soon come up with a full-fledged YouTube app for other Windows Phone 7 devices. 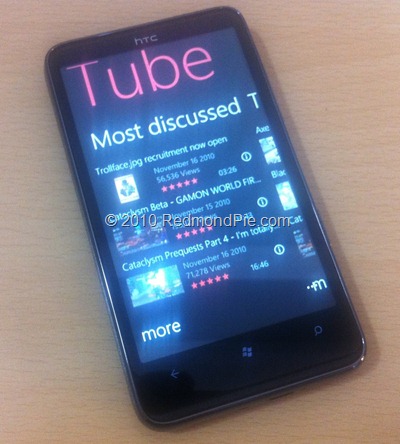 Check out our Windows Phone 7 Activity Center for all things WP7. [WMPoweruser]