Here is Why Cydia Is Called As Cydia..

Cydia is a household name amongst the jailbreak community, but what does the word really mean? and why was it called that? Those of you who have jailbroken iOS devices are very likely to have used Cydia. The credit for this store which brings extra unrestricted functionality to our iOS devices goes to Jay “saurik” Freeman, who happens to be the brains behind this concept.

Cydia is used by millions of iPhone users and may be a very well known application, but not many people know what it means. Cydia is interestingly enough, named after a moth of all things! The Cydia pomonella to be precise, is the scientific name for the “coddling moth” or what is more commonly known as the stereotypical Apple worm. 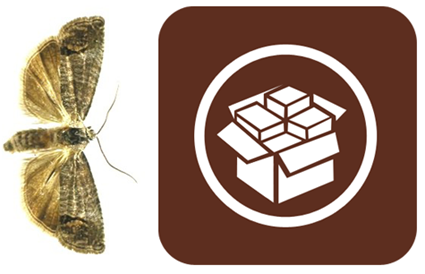 According to Wikipedia, the Cydia pomonella “has proved to be a problematic pest on several fruit trees, including apples and pears. The caterpillars burrow into the fruit, rendering it un-sellable”. The ironic name of Cydia is therefore fitting, since it has turned out to be quite the worm to Apple’s devices. With each successive iOS release, the term “jailbreak” is becoming more prevalent amongst the average user and that can only be a good thing for development of the replacement packaging and repository manager.

So now you know, the vital tool for your iOS devices jailbreak is named after a moth that is a pest for fruit trees, such as those of apples (fruit) and Apple Inc.

Check out our iPhone Activity Center for all things Apple iPhone. [via iDB]