Jay Freeman aka saurik aka the guy behind Cydia recently gave a rather interesting TED talk at TEDxAmericanRiviera where he talked about Apple’s “closed” App Store vs. the relatively open Cydia store. 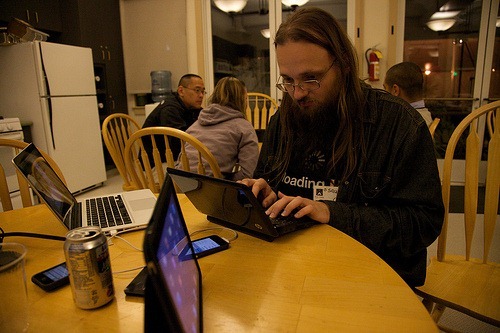 He explained, by analogy, how the act of purchasing and modifying cars is very much similar to that of purchasing and tweaking smartphones. While most people tend to buy a car and keep it stock, there are people who like to modify it by doing things like, say: change the tires, get new rims, increase performance, install a 2 buhmillion watt speaker system etc.

It works the same with smartphones. While most people never jailbreak their iOS device, more than 10% do so and by using Cydia, they can install tweaks and apps that allows them to customize their experience.

Which is why Saurik believes that “software should have screws”. The TED talk is more of an explanation of what jailbreaking is to the average Joe than anything else.

In a post on Hacker News after delivering the talk, saurik makes it clear that he does not want the App Store to open up. Instead, it’s the device itself, the hardware, that Apple should open up. By opening up the hardware, he implies that users shouldn’t have to root / jailbreak their phones. Root access should be allowed by default so that if one desires to tweak the phone, he shouldn’t have to find bootrom exploits and develop tools to get that very access!

The ~13 minute TED talk is embedded below.