Cydia Is Now Saving iOS 4.2 SHSH Blobs for the Next Untethered Jailbreak

The iPhone developer and hacker behind Sn0wbreeze has confirmed that Cydia has started saving SHSH Blobs of iOS 4.2 betas for the next untethered jailbreak on the final version of iOS 4.2. 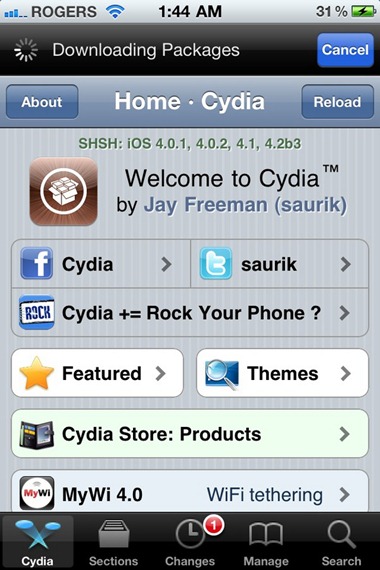 Now as to why this is important? Geohot’s Limera1n uses a userland exploit from Comex to make an untethered jailbreak for all iOS 4.1 devices. While Apple cant patch the original hardware based Limera1n exploit, the userland exploit though has been patched in the final version of iOS 4.2 firmware.

Since Apple hasn’t released iOS 4.2 to public yet, now is the time to save your SHSH blobs to make sure you get an untethered jailbreak once iOS 4.2 is out. Once the public version of iOS 4.2 is released, Apple will stop signing the old firmware, making it impossible for you to save blobs for iOS 4.1. You can follow our step by step guide posted here to save SHSH blobs on iOS 4.1 before it is too late.