iOS 4.2 has already been jailbroken for old bootrom devices with PwnageTool for Macs! And now we have good news for our PC-toting readers: it is coming real soon to Windows with Sn0wbreeze! 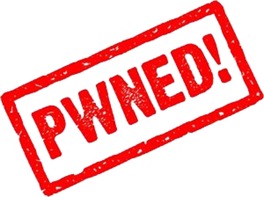 So I just jailbroke by 3GS (Old bootrom) on 4.2 and Cydia/Icy/Rock wont work… Icy just wont update but launches. I haz ssh though. 🙂

While Sn0wbreeze dev iH8sn0w mentioned that his iOS 4.2 iPhone 3GS is jailbroken, he also said jailbreak App Stores Cydia, Icy and Rock (which recently merged with Cydia) aren’t really working for now. They will, hopefully and most probably, work in the future though.

DinoD7 also posted this video which shows an iPhone 3GS (old bootrom) jailbroken with Sn0wbreeze. This is all a sign of good things to come!

Stay tuned to Redmond Pie. We will be posting a guide on how to jailbreak iPhone 3GS (old bootrom) with iOS 4.1 and 4.2 (w/ Snowbreeze. For PwnageTool, see this).