The iPhone hacker (pod2g of Chronic Dev Team) who previously found the 24kpwn exploit has successfully managed to find another bootrom based exploit which can jailbreak all iOS based devices on the latest iOS 4.1 firmware. What this means is that the next jailbreak most probably is going to be based on bootrom exploit which unlike JailbreakMe will enable users to change boot and recovery mode logos among many other things. 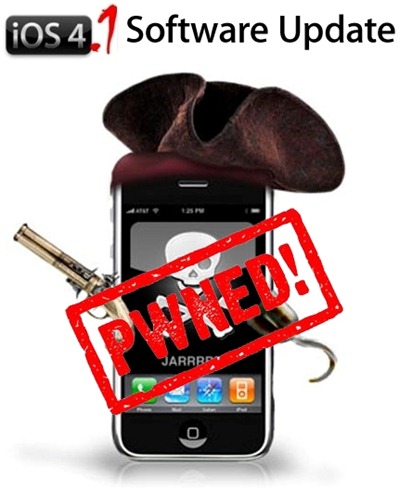 Members of both iPhone Dev Team and Chronic Dev Team confirmed this on Twitter:

cpich3g: congrats to @pod2g for the latest exploit and also @p0sixninja who have been trying for months.

MuscleNerd: Crazy timing that @pod2g got latest exploit just as 4.1 went public (lots of work left…keep away from 4.1 for now!)

Also, the best thing about a low-level bootrom exploit is that Apple wont be able to patch it simply by releasing a new firmware update. Instead, it will require Apple to release a revised hardware version of iPhone 4, iPhone 3GS, iPad and the iPod touches with new bootroms in order to patch the bootrom exploit. This is the reason why iOS devices (like iPhone 3GS (new bootrom), iPhone 4, iPad, iPod touch 3G / 4G) which shipped after November 2009 are currently not jailbreakable via PwnageTool because it uses the 24kpwn bootrom exploit, already patched by Apple.

Stay tuned as we will keep you updated as soon as we get more info about this!

UPDATE 1: pod2g has just tested the exploit on iOS 4.1 (final version) and confirmed that it is working!

UPDATE 2: Another confirmation, the new bootrom exploit will work on the newly released 4th-gen iPod touch, iPhone 4 and even iPad !