You Can Now Try Out The Hidden iOS 10.3 Floating iPad Keyboard In Swift Playgrounds

There’s nothing quite as fun and interesting to play and interact with than features that are hidden out of sight for one reason or another. It has become commonplace for technically-capable developers and users to dig around in new iOS releases and pre-release seeds to try and identify features or additions which may have been hidden away.

Well-known developer Steven Troughton-Smith managed to find a treat when he came across a hidden floating keyboard on an iPad inside of an initial iOS 10.3 beta back in January, and now, he has exposed that keyboard to all via a Swift Playgrounds creation. 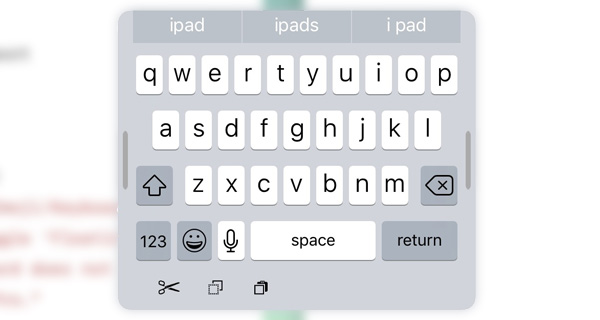 iPad owners actually got themselves a little excited when the initial discovery was made. The idea of having a floating keyboard, which was intended to be used with a single hand for text entry on the iPad was clearly something that iPad owners have been secretly wanting and hoping for.

It’s currently unknown when – or for that matter if – Apple will actually release this to the general public with an iOS update, but for now, Troughton-Smith has taken the opportunity to put together a Swift Playground which exposes the floating keyboard for all iPad owners to use, bar the 12.9-inch iPad Pro.

Essentially speaking, the keyboard functions largely in the same manner as how Picture-in-Picture works for videos through apps like YouTube. The keyboard is thrust into its own little window, which is of course smaller than the standard keyboard, which also then allows users to place the keyboard where they want it to be on the interface to make text entry as easy as possible. This doesn’t cover the content that is actually being typed, but does introduce a flexible typing mechanism for users with an iPad. 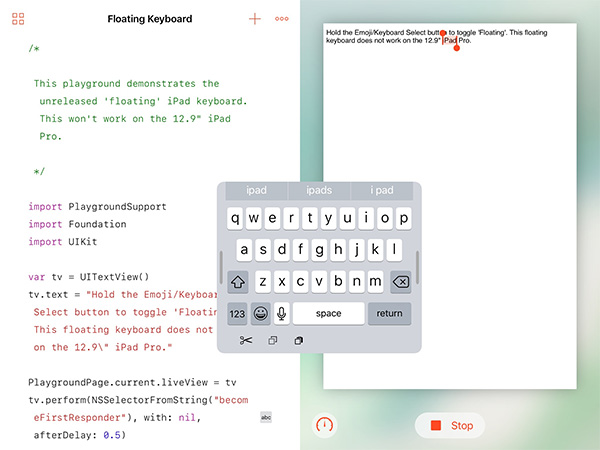 The interesting thing to note here is that Apple actually has the code to enable this keyboard in the iOS codebase which ships to users in the real-world, but for one reason or another it has chosen not to bring it out of hiding just yet.

It’s entirely unclear at the moment when that flick will be switched so-to-speak, but let’s keep our fingers crossed during the dedicated iPad event in April. For the time being, if you are running an iOS 10.3 beta on your iPad, then you can head over to the GitHub page here and give it a whirl.