Despite all the attention being on the iPhone 8 and what Apple will unleash on the smartphone world later this year, the iPad is very much getting ready for a refresh of its own.

The iPad Pro has long been rumored to have some changes in the pipeline, including multiple new screen sizes designed to offer just the right size option for more people. The smart money has been on a spring announcement for the new iPads, and now Apple World Today has weighed in on when it believes Apple’s iPad lineup will see a refresh.

According to the publication, everything points to an announcement event on April 4th. The thinking around this date revolves around current stock shortages of iPad models within the United States, with both online orders and in-store pickups of iPads showing a lengthy delay before a device is available for customers to buy.

Apple is expected to launch new 9.7-inch and 12.9-inch iPad Pro models in addition to a new design with a 10.5-inch display. All three are likely to see an announcement alongside each other, making for a bumper day of iPad shenanigans.

Beyond the potential announcement date, Apple World Today also speculates that the iPad event will be held at Apple’s new Apple Park HQ, or more specifically, inside the Steve Jobs Theater. Built to house 1,000 people and specifically designed to host such events, an April 4th date may not be too soon for the facility. Apple Park, which we already know will begin to accept Apple employees this April, will continue to undergo work throughout the year, though it’s unclear whether that will prevent the theater from being used.

Perhaps Apple’s event is scheduled for Tuesday, April 4, meaning that the new device would have “same day” availability after an announcement.

This makes sense for one more reason as well. At Apple’s last event at 1 Infinite Loop, Tim Cook noted that it would be the last one at the current Apple headquarters. We now know that Apple Park is scheduled to open in April, 2017. It could be that Apple will have the reveal of the new iPad lineup in the 1,000-seat Steve Jobs Theater onsite. 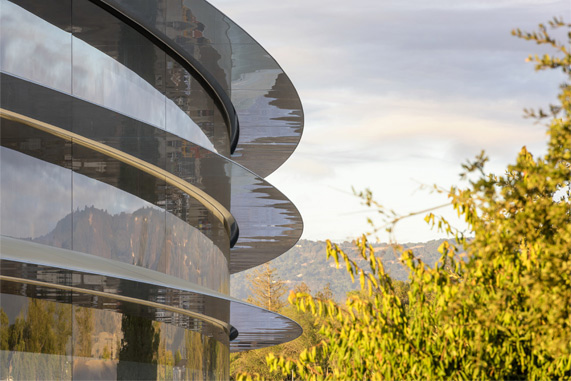 If the iPad announcement is set to be the first at Apple’s swanky new headquarters, then expect quite the fanfare to accompany it. With that in mind, we cannot help but wonder whether the first event at the Steve Jobs Theater would more fittingly be the unveiling of the heavily rumored iPhone 8.