Most of the details of Microsoft’s upcoming Xbox One console have now been disclosed, and with Don Mattrick having now stepped out to quash any notion of problem pertaining used games and such, fans and prospective purchasers can now begin to look forward to the Xbox One release date. Naturally, the software maker has been vague with regards to a release date, but according to Amazon U. S., the console will be released on November 27th of this year, affording gamers plenty of time to snap it up before the big holiday rush.

At this point in time, neither Amazon nor Microsoft has stepped out and confirmed this date to be true, but it is the date the former is suggesting to those flocking to its online store to pre-order.

As a long time user of Amazon’s services, it must be noted that, in advance of any product, the company does make a habit of seemingly throwing dates out there with apparently no informed knowledge of when said product is being released. Only recently, the site noted of a book’s availability on June 20th, only to discover recently that it wasn’t going to manifest itself until September.

Thus, at this point we’re taking this with the proverbial pinch of salt. There’s no doubting that both the Xbox One and the PlayStation 4 will make an appearance around that date, but the likelihood of having a firm release date at this point would seem rather slim. 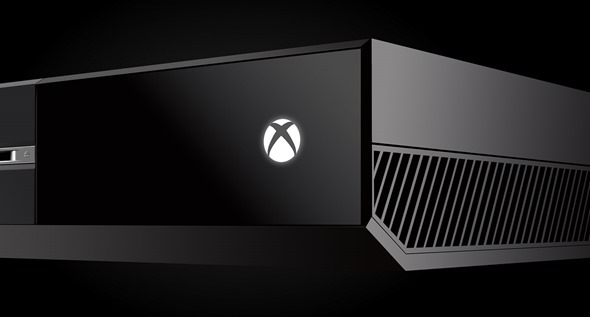 Microsoft has come under fire for its stingy Xbox One used games policy, and for a short while, it did appear as though the Redmond company was offering Sony a helping hand in the battle of the next-gen consoles. But with Microsoft seeming to cave to the mounting pressure earlier on this week, pre-orders of the Xbox One, at least in the U.K., have leapfrogged those of the PlayStation 4. 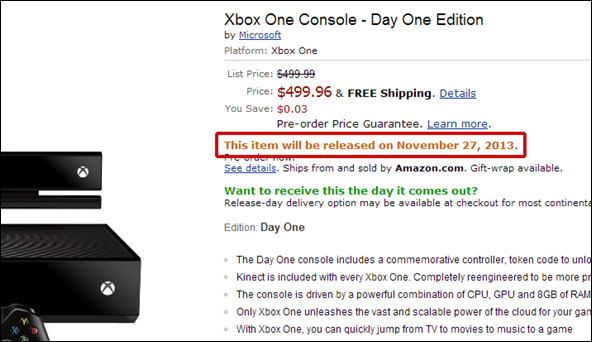 So, if you’re looking forward to the Xbox One, you should tentatively mark November 27th in your diaries. We’ll be sure to keep you guys in the loop should we hear any more info regarding the release date of either next-gen console, so make sure you stay tuned to our coverage here at Redmond Pie!