Whenever a popular game like Call of Duty: Modern Warfare 3 is getting close to release, there’s always a great amount of hype in the air. Microsoft is boosting up the hype and potential sales by releasing a new special edition Xbox 360 bundle modeled specifically after the new Call of Duty Modern Warfare 3 title. 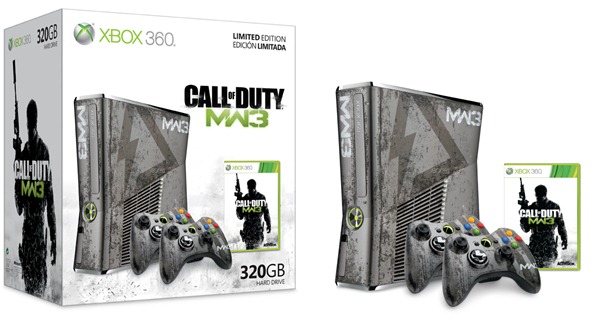 The traditional Xbox 360 has a black design, which is endorsed by many, yet Microsoft tends to spice it up with limited editions, which are usually styled after a particular upcoming gaming title or another pop culture icon. Aside from the styled console and accessories, these bundles often come with a full copy of the title in question, as well as an Xbox LIVE subscription and a few other goodies. A recent one of these bundles was a full package of Star Wars-themed goodies, including an Xbox 360 console and game, which was sure to please devoted fans. 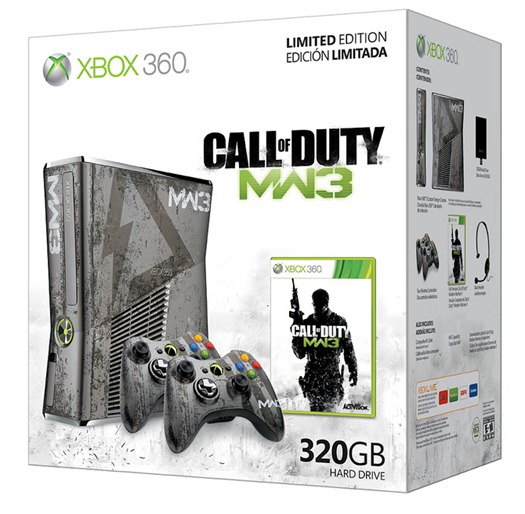 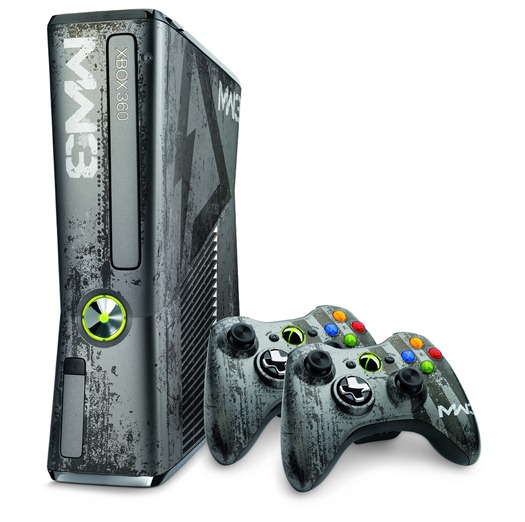 Indeed, the new special edition Xbox 360 includes a high-end Xbox 360 console, with a 320 GB hard drive and built-in Wi-Fi support, along with a special Call of Duty: Modern Warfare 3-themed casing and sounds from the actual game that are played when the Play and Eject buttons and pushed. Just like previous “special edition bundles“, this one includes a full copy of Call of Duty: Modern Warfare 3 and a full one month of Xbox LIVE subscription, along with two styled wireless controllers and an insanely war’d up wired headset. 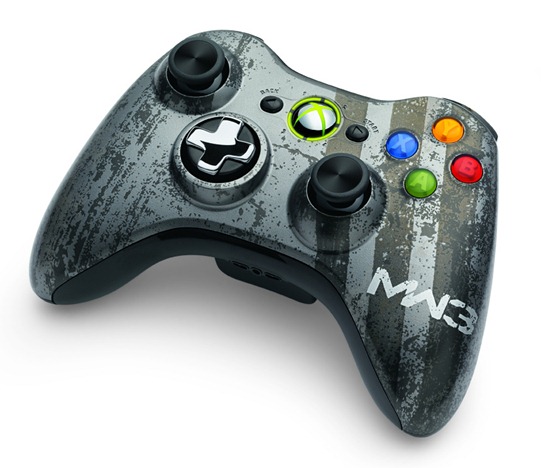 All of this can be preordered today for $399 and will be available on the day that the title is released, November 8th 2011, in most places of the world including the United States and Europe. In addition to the bundle itself, Microsoft will also make a couple of accessories available on the same date, such as a Bluetooth wireless headset, also themed after the title, and the styled controller which also comes with the bundle but will be available separately to those who want it.

UAVs don’t scare you. You laugh in the face of helicopter strikes. You think proximity mines are for rookies. And Prestige? Please, old news. Prepare for the launch of the Xbox 360® Limited Edition Call of Duty: Modern Warfare 3 Console.

As stated in Microsoft’s announcement, part of which we quoted above, if you really like Modern Warfare 3, why not show some love and get a console styled after it down to its bones?