Pardon the hyperbole; I can hear it. I can hear millions of Star Wars fans screaming with ecstasy at the sound of this: Microsoft has revealed a new Xbox 360+Kinect bundle in honor of the legendary Star Wars series at Comic-Con.

I believe Star Wars needs no introduction, being such a famous franchise and all. But still, for the uninitiated: Star Wars is an epic space opera film series conceived by George Lucas. The first film was released in 1977 and after multiple sequels/prequels, the franchise quickly became an international phenomenon.

It’s one of the most profitable franchises in the world, spawning games, cartoon series, toy lines, comic books, books, TV shows etc. It’s a franchise with crazy fans belonging to all parts of the globe and it is for those fans that Microsoft has announced this Star Wars bundle.

The bundle comes with an R2D2-inspired Xbox 360 console, a gold C3P0-inspired controller, a white Kinect module, a 320GB hard drive and a copy of Kinect: Star Wars. 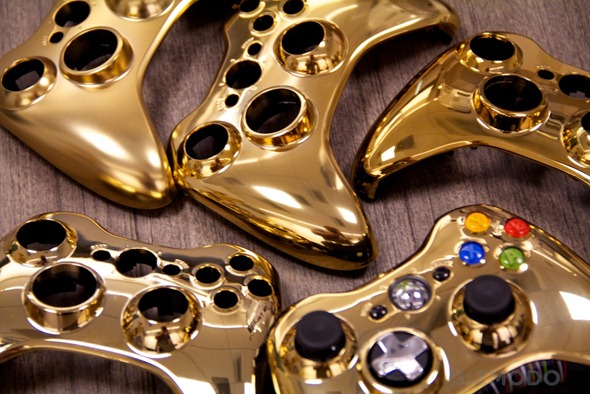 To top it all off (and this is our favorite bit), the console comes with custom sounds taken straight from the Star Wars universe. So when you turn on the ‘360, you’ll hear R2D2 go beep beep. 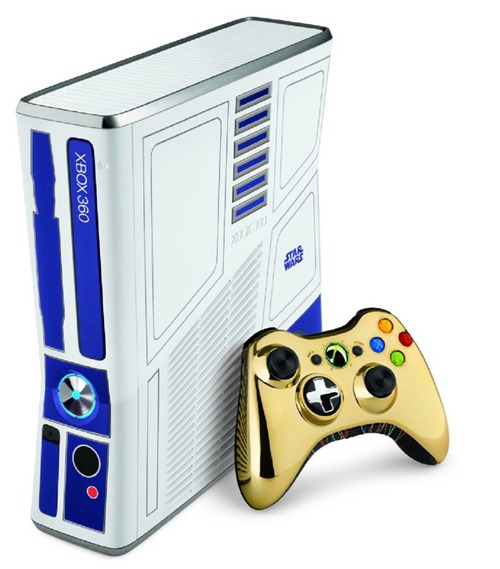 Gizmodo has produced a in-depth hands-on preview on the Star Wars bundle. Here’s an excerpt from the preview:

I’m looking at a set of prototype boxes that’ll cradle the new Xbox 360 modeled after R2-D2, which is the most customized Xbox ever created. At the very top is an onyx box. Grey lines start to emerge, cradling a gold Xbox controller: It’s Darth Vader grasping the C-3PO controller. It’s badass. But it breaks the rules. Vader "can’t hold a modern piece of anything, because he’s not in our world," explains senior industrial designer Rich Hanks. Lucasfilm has other ideas, like putting sand in the box with the console and controller, so it’s just like you’re pulling them out of the capsule when they land on Tatooine. (Don’t worry, there won’t be any sand in the package you can buy in November.)

The bundle will be available at retailers in November when Kinect: Star Wars releases. It’s priced at a seemingly hefty $440. But this is only $40 over the currently available 250GB Xbox 360+Kinect bundle, so this is actually a pretty good deal. 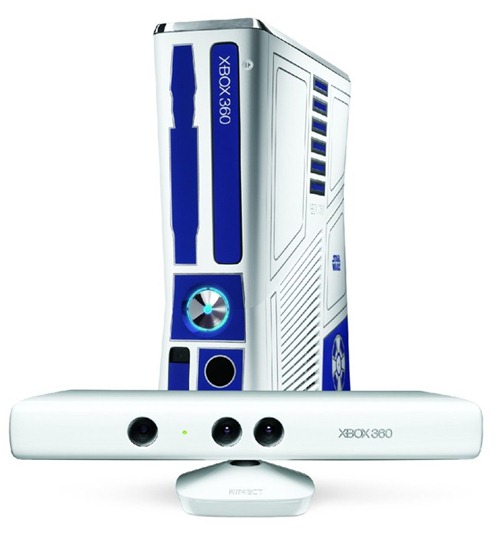 This would be the perfect gift for a Star Wars fan: hint, dad!