One of the most interesting advertisement campaigns we’ve ever seen, Glacéau’s Vitaminwater Energy Bus Shelters let you give your iOS device (or other, supported devices) a juice-boost before you set off on your commute. 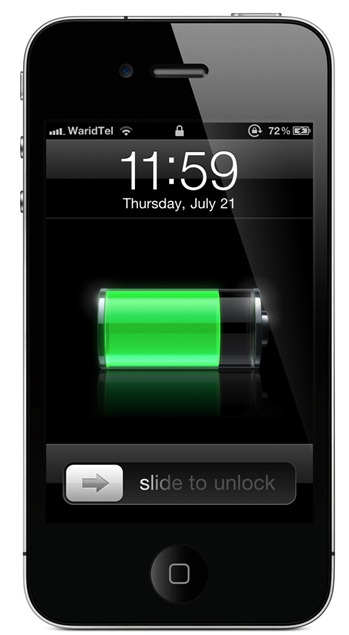 Recharging on the go.

The bus shelters, installed on bus routes in New York, Los Angeles, Chicago, and Boston, offer a 5-volt battery powered USB port that allows users to charge mobile phones, music players and gaming devices. They form part of the soft drink brand’s ‘You’re Up’ campaign, underlining its message that it is formulated to provide a quick boost when you are on the go.

This goes along with their theme of giving yourself a boost when your own body is running low on juice during a hectic workday. 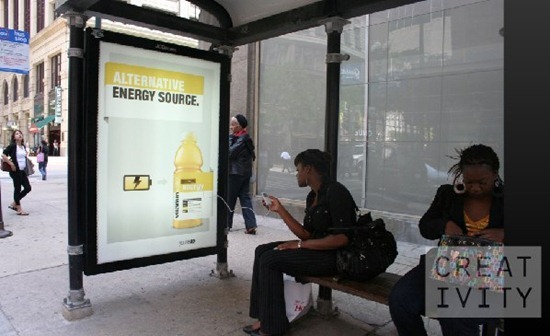 It’s a fine piece of advertising, really. The folks behind Microsoft’s popular Laptop Hunters/I’m a PC and the famous Windows Phone 7 “Really?” ads came up with the abovementioned campaign – an advertising agency called Crispin Porter + Bogusky.

I personally don’t believe much in energy drinks or, you know, drinks that market themselves as energy boosters. The amount of sugar that these drinks contain is off the charts but people see the word Vitamin and go, “Oooooh! Vitaminsss! Ought to be great for my body, let’s chug down a two bottles of this”.

The campaign is currently running in New York, Los Angeles, Chicago and Boston, so if you come across an Energy Bus Shelter, be sure to say hi to HTC Thunderbolt owners from us!

Speaking of HTC Thunderbolts, am I the only one who thinks Android smartphone manufacturers need to stop working on creating more technically powerful ones and instead work on more efficient ones? The current crop of Android phones: the Samsung Galaxy S2, Google Nexus S, HTC Sensation, LG Optimus 2X etc don’t last past 24 hours with moderate use. This is in contrast to Apple’s iPhone 4 which has the longest-lasting battery life among current-gen smartphones, lasting over two days with moderate usage.