WSJ: Nokia Will Unveil Its First Android Smartphone At MWC

The Wall Street Journal has just waded into the growing speculation around the purported Android-based Nokia smartphone – allegedly known as the Nokia X – by noting that the Finnish company does in fact intend to announce the device at this year’s Mobile World Congress, which kicks off later this month.

The fact that Nokia is currently in the process of being acquired by Microsoft had led many to believe that the Redmond would block a move by Nokia to release a handset under the Android ecosystem, due to a conflict of interests with its own Windows Phone platform. But the report from the WSJ, which cites unnamed sources, that MWC in Barcelona will play host to the enigmatic device, which previous reports have suggested will run on a forked version of Google’s mobile software akin to what Amazon has done with the Kindle Fire range.

According to The Journal, the UI of the Android device "won’t promote some of the key Google-developed features that a more traditional Android-powered phone might," so it’s safe to say that those still holding out for a true Android experience on a Nokia are going to be left sorely disappointed.

The reason Amazon completely deviated from the traditional Android experience was so that users would buy into its own ideas and products for the ecosystem, and this appears to be what Nokia hopes to achieve with this project. It will be very much focused on the Microsoft way of thinking, from tiled UI elements to the apps it runs from stock, and in truth, most traces of Android or indeed Google will likely be buried way under the hood.

As we’ve seen, the interface borrows heavily from the design language of both Windows Phone and Nokia’s own Asha, and as is the case with the latter, the WSJ believes Nokia’s inaugural Android effort will be aimed at emerging markets. 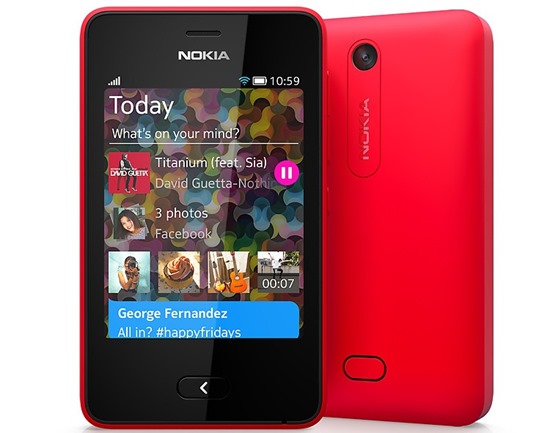 It’s rare for lower-end devices to get a great deal of coverage, but since many followers of the mobile industry have suggested that Nokia build a device specifically for Google’s Android, this ongoing story has gathered particular interest.

With just a couple of weeks to go until MWC, we don’t have to wait too long until Nokia can step out and unveil a product that many have been waiting anxiously for. We’ll be covering all of the info and releases you need to know from one of the biggest events in the tech calendar, so stay tuned to our coverage here at Redmond Pie!