Interestingly, Apple Watch Series 1 and Series 2 owners will still be able to get hold of watchOS 6, although they will have to wait until “later this fall” for the download. It isn’t clear why that delay is in place, but it’s certainly an interesting tidbit. We can only guess that additional work was needed to get the update running smoothly on older devices. 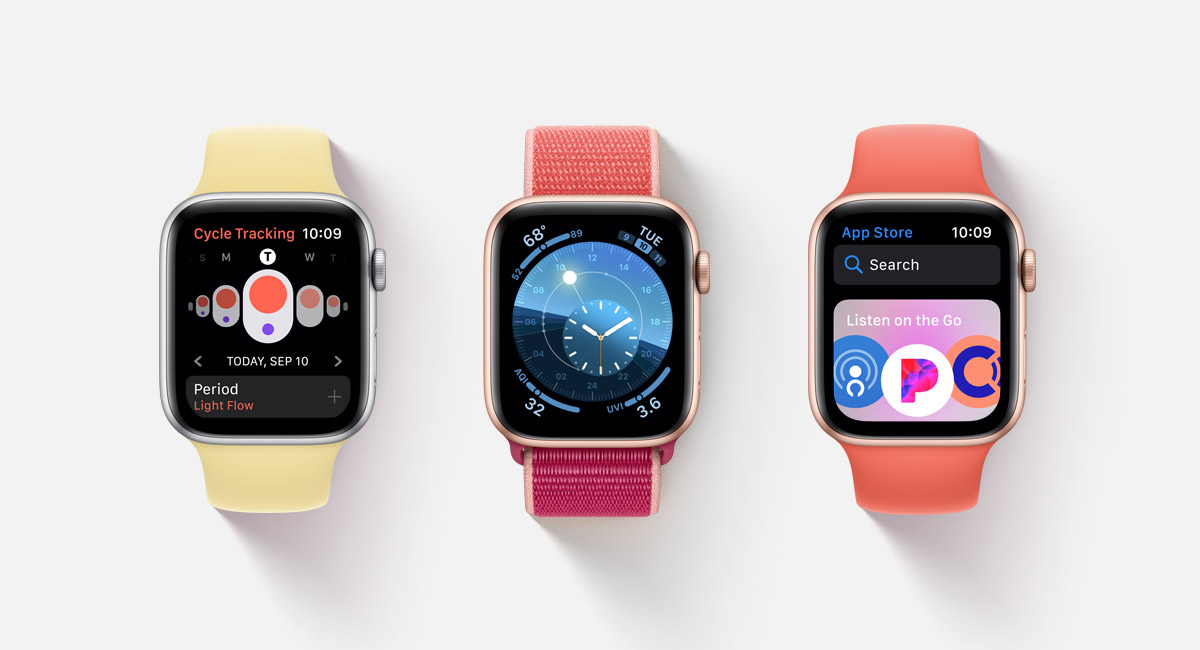 The release of watchOS 6 will bring some new features to the wearable. A dedicated App Store, available for the first time on the Apple Watch, will be the most obvious. New Apple Watch faces as well as a Noise app will also be available as part of the update. Apple is also adding a new Cycle Tracking app to allow the tracking of menstrual cycles and more.

The following day, September 20th, is when the Apple Watch Series 5 will go on sale. Pre-orders are already available via the Apple Store online and Apple Store app for iPhone and iPad.

The watchOS 6 and Apple Watch Series 5 were both announced during a media event this morning. Other announcements included the new iPhone 11, iPhone 11 Pro, iPhone 11 Pro Max. We also received confirmation of pricing and availability of two of Apple’s newest services – Apple Arcade and Apple TV+.