Microsoft is all set and ready to launch Windows Phone 8 later today, and we can hardly wait. Windows Phone 7.x showed tremendous promise, but lacked in many key areas, and having spent the past twelve or so months meticulously arranging its successor, the wraps are almost ready to be taken off.

For the first time in a while, Apple presented live coverage of its iPad mini launch event last week, and for those of you now accustomed to watching the products unveiled right before your eyes, you’ll be pleased to learn that you can indeed catch full coverage of the Windows Phone 8 keynote.

We’ll expect to see Steve Ballmer, Joe Belfiore, and notable other Redmond executives taking to the stage later on today, and with the Surface and Windows 8 now officially available as of Friday, the mobile department will take its turn in showcasing the fruit of its tireless labor.

So, what do we know about Windows Phone 8 already? Well, the tiled look we saw first with Windows Phone 7.x has been very much revamped, and the interface in general is much more logical and user-friendly. For starters, there’s a brand-new Start screen, which utilizes the entire width of the screen whilst removing the unnecessary arrows telling you which way to scroll for your apps.

The additional space not only means you can pack in more Live Tiles, but said tiles can now be set in one of three different sizes. You’ll be able to shrink down those apps not used frequently or not containing a great deal of information, making space for those you require on a regular basis. Along with the standard tile size, one can make certain tiles extra large, so if, for example, you’re a massive Facebook user, you may wish to blow up your Facebook Live Tile to its maximum capacity.

Overall, the new tile arrangements make for a much more customizable user experience, and with the ability to add your own color schemes, Windows Phone 8 offers a unique finesse you may not necessarily be able to find with iOS or Android. Still, Microsoft isn’t going to be able to compete with the aforementioned Big Two in terms of interface alone – there has to be some weight thrown behind the new features, and luckily, under the hood, Windows Phone 8 is also vastly improved compared with its predecessor. 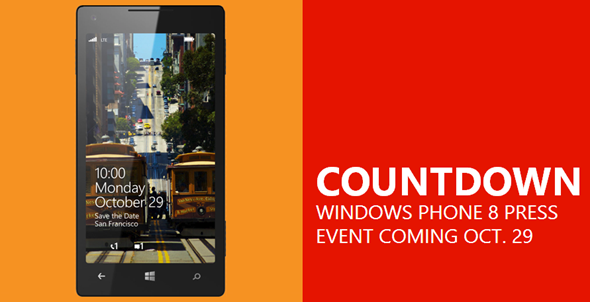 As an example, the support of multiple cores was always going to be important, and Windows Phone 8 finally evolves from the single-core-only configuration. Sure, Windows Phone 7.x was smooth on one core, but with the Galaxy S III offering a quad-core processor and Apple’s flagship iPhone 5 offering an advanced A6 dual-core chip, Microsoft was always going to cave. There a lot of other changes under the hood, you can read about them here.

If you’re as stoked as we are about the unveiling of Windows Phone 8, you can catch the live stream from 10 AM Pacific Time (video will be embedded below as soon as the event kicks off). We’ll of course be covering all of the details as usual, so if you don’t manage to watch it live, you can catch up with everything later on by checking our coverage here at Redmond Pie!