It may be overpriced according to some, and others may claim that its lack of a Retina display makes it a poor excuse for a tablet, but it’s fast becoming clear that the doubters amongst us will not stop Apple’s iPad mini from being a resounding success. At least, that’s the conclusion that is easy to draw when you look at the state of pre-orders around the globe.

After being made available for pre-order on Friday, stocks of the white iPad mini began to dwindle, followed by the black version a day or two later. Now, with the tablet set to be shipped ready for its release on Friday, it seems that all models of the highly anticipated mini tablet are now seeing delays for new order-ers. Place a pre-order for an iPad mini today, and you can expect to wait until at least mid-November, possibly longer depending on where you are in the world. 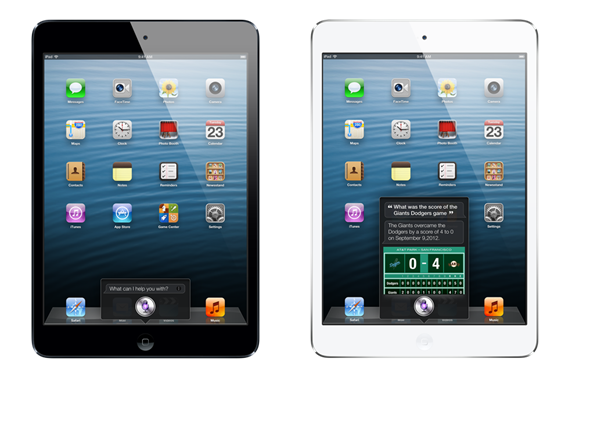 With the likes of Samsung and Motorola only wishing that their hardware could cause such a stampede, Apple’s latest release is set to be another huge seller for the company. Just weeks after the iPhone 5 was announced, and still in short supply, the Cupertino company seems set to have another stock shortage on its hands, depending on how many units are being held back for general availability come this Friday.

Currently, only the Wi-Fi-only version of the iPad mini has been made available for pre-order, with the cellular version set for a release at a later date. The fourth generation iPad is also set to be made available on Friday, offering another reason for eager fans to rush down to their local, and probably already very busy, Apple Store. We doubt the fourth-generation iPad will be in such huge demand though, thanks to its lack of major changes from its predecessor.

The iPad mini has had its detractors since its announcement last week, with its $329 price point arguably a little on the steep side, and the lack of a high resolution display causing some to write the device off before they’ve even tried it. Judging by lead times for new pre-orders though, it seems the majority are more than happy to splash the cash on Apple’s latest release.