At this point we’ve all watched the Apple iPhone 5s and iPhone 5c announcement event from yesterday, but some of it is just worth watching again. High on that list would have to be the Infinity Blade III trailer that we saw Epic Games’ Donald Mustard and his brother playing through on-stage. We got a good idea of what Apple is allowing game makers to do with the iPhone 5s during that demo, and now you can watch the whole trailer online, sans all the Apple stuff either side of it.

The trailer, which shows the Infinity Blade III gameplay in all its glory, features more lens flare than you would honestly think possible on any platform, let alone on a smartphone. The game will be available on iPhone 5s launch day – September 20th – but will also work on anything from an iPhone 4 and up as well as the iPad 2 and above. Don’t expect quite the same level of eye candy, though. Gamers will have to pay $6.99 for the privilege of seeing how the Infinity Blade trilogy ends, but that’s a small price to pay even if you just plan on watching the thing run! 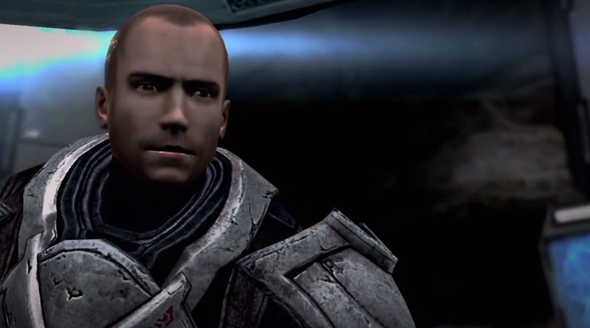 Epic’s Infinity Blade games have been used to showcase the graphical and processing prowess of new iPhones and iPads in the past, and the company certainly seems to be in Apple’s good graces when it comes to getting stage time at big events, and with good reason. We’ve seen some good looking iOS games from other companies in the past, but Infinity Blade III certainly takes the biscuit. We can’t wait to see what the game looks like in our hands, but we’re also keen to see how the older iOS devices handle the new hotness.

Check out the trailer below and see for yourself what the next-gen has in store for us when it comes to mobile gaming:

Apple’s iPhone 5c and iPhone 5s begin shipping on the 20th, with the iPhone 5 being discontinued. We’ll be keeping our eyes peeled for the first unboxing photos and videos as the time draws nearer.