Since arriving as one of the main features of the iPhone 4S and iOS 5, Siri has certainly had its ups and downs, and while some have manipulated it to detect brain waves and perform other weird and wonderful tricks, others have opted to sue Apple, disappointed by the poor performance of the system-wide voice recognition software.

Aside from the EEG brainwave detection, we’ve even seen developers and modders use Siri to start cars, and to add to the list of appealing, yet unlikely-to-be-implemented features, the following video shows Siri prompting a concept iPhone 5 into exploding after the password is entered incorrectly a series of times. 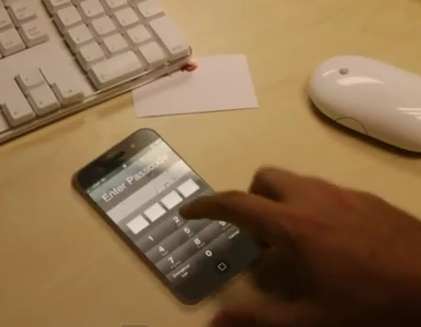 In what would certainly come as a surprise to an iPhone thief, the screen turns red and then simply explodes, leaving a blank display covered in those dreaded cracks.

While I suspect many would love to have such an option on their own devices incase it should get into the wrong hands, the likelihood of this ever hitting the market is less than impossible. With health and safety regulations becoming more and more stringent moving forward, allowing people to house a mini bomb in their iPhone will certainly not be on the agenda.

Still, it makes for an entertaining video, and I’m sure most of us would love to have the ability to remotely implement this feature should our device become lost or stolen

Sidetracking a little, I couldn’t help but notice how nice that concept iPhone looked. Being only halfway through the iPhone 4S release cycle, information regarding the next installment is pretty scarce. However, there have been many suggestions that Tim Cook’s company will finally deviate from the 3.5" display prevalent in every single iPhone over the past 5 years, so perhaps the depicted device in the video offers an insight as to how it might look?

Some commentators have suggested that Apple needs to increase the size of the display, since so many popular devices from the likes of Samsung are giving consumers more real estate. However, the iPhone continues to reign supreme over its Android-wielding rivals, and with the average thumb unable to comfortably cover a diameter larger than the device’s screen, it remains to be seen whether Apple deems the larger screen to be a necessity.