A newly released app, named VR Desktop for Mac and created by developer Cindori allows users to experience macOS from within a virtual reality by hooking up the popular VR headset Oculus Rift. The potential of such an app means users could enjoy macOS in virtual space, with multiple desktops and screens accessible from within the Oculus headset.

Right now, Cindori has the app working with the Oculus Rift Dev Kit, though it will support the shipping product as well as the HTC Vive, which is expected to receive Mac support soon. 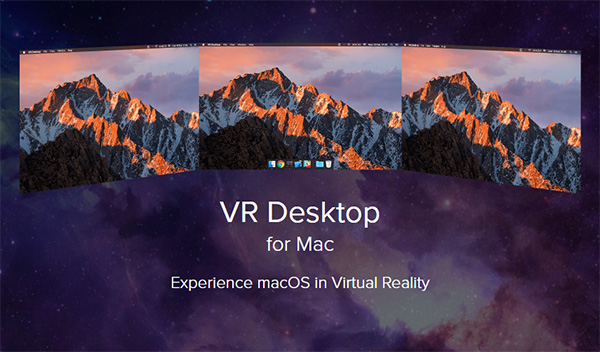 Official support for the Mac by Oculus was initially expected in 2015, but following claims by the company behind the headset, Facebook, that the Mac’s GPUs were simply not up to the task, the company instead focussed its attentions on Windows development.

That has remained the case, leading Cindori to take matters into its own hands. The developer believes its own frameworks allow for a smooth experience, no matter what hardware the Oculus Rift is attached to.

There’s been many naysayers ruling out Mac as a VR platform. We’re here to prove that Macs are capable of useful VR applications. VR Desktop works on modern Macs with discrete graphics cards. 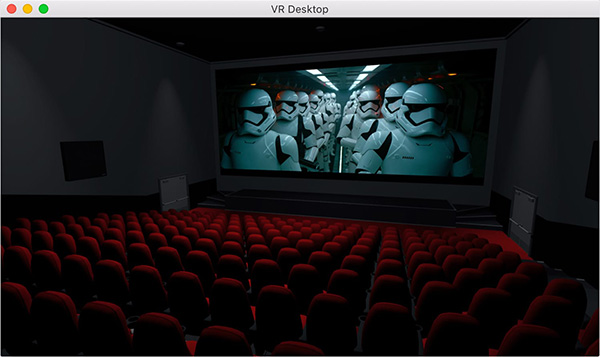 As of right now, the app requires Oculus Rift Development Kit 2 and macOS 10.11 or higher, but if you can tick those boxes, you’ll be treated to not just a virtual desktop on which to work, but also support for custom virtual environments for movies and games. We know work needs to get done, but the idea of being able to watch movies in virtual reality sounds much more appealing than having Pages open. Whatever the application, it’s great news that VR is being worked on for the Mac and with Apple said to have its own irons in the fire, things could get even better.

You can download a trial for VR Desktop or purchase it for $19.99 right now from its official site at cindori.org/vrdesktop.