The highly anticipated AppSync Unified 6.0 beta with support for iOS 10 / iOS 10.2 jailbreak is now available to download and install.

It was less than a week ago that we brought you the news that a number of hurdles in the development of AppSync Unified had been overcome, but we weren’t sure of when it will be released. Well, it’s out now as version 6.0 beta 1, and supports installation and use on jailbroken iOS 10 devices. 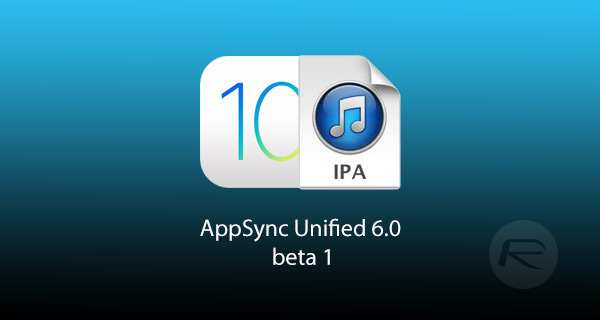 For those of you out there who are new to the world of jailbreaking, or who simply have yet to experience what AppSync Unified is all about, it is essentially a jailbreak package which lets unsigned iOS apps be installed directly to iPhones and iPads.

Typically speaking, third-party apps or Apple’s own offerings on the App Store are signed with a certificate that belongs to the developer and is trusted by the iOS ecosystem. That’s how apps are allowed to be installed and executed on devices. However, the existence of AppSync Unified basically means that jailbroken device owners can install apps without having to go through any stringent signing or approval process.

Normally, iOS would reject such an installation, but AppSync Unified bypasses those checks and security measures to make it possible.

AppSync Unified has been used to allow non-signed jailbreak apps to be successfully installed on a device, such as gaming emulators that otherwise wouldn’t be accepted to the iOS App Store.

This latest release means that hard work, determination, and obstacle-overcoming has all been worth it, resulting in an AppSync Unified experience which while may still currently be in beta form, but working on the latest jailbroken iOS 10 devices.

As is usually the case, the latest version has been uploaded to the developer’s own repository at https://cydia.angelxwind.net/, meaning that those who already have that added in Cydia can go and grab the latest version right now as a free-of-charge download.

There’s no real word on when AppSync Unified will exit its beta state, or if there are any known serious issues with it at the current time, but it’s clearly in a stable enough position for the very experienced developer to put it up for download.