Microsoft Office For Mac Apps With Touch Bar Support Being Tested, Here’s How To Try It Now

Apple’s introduction of the Touch Bar during the new MacBook Pro’s announcement in October included a brief demo which included Microsoft’s Office suite of apps taking advantage of the new feature.

Since then things have been pretty quiet on the Office front, and no new update bringing support for the Touch Bar has been released. It’s now being worked on though, and those who want to be able to try it out before everyone else, can do so by signing up to Microsoft’s Office Insider program. 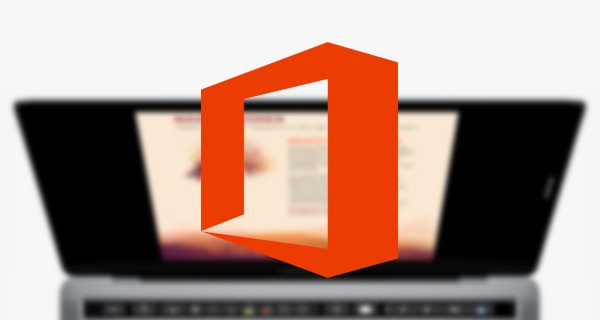 For those unfamiliar with the program, it is essentially an open beta which anyone can sign up to. Once you have completed the process and updated everything to the latest build, then Microsoft’s Word, Outlook, Excel and PowerPoint will all have Touch Bar support bestowed upon them.

Touch Bar support in Word means users will be able to activate a distraction-free Focus Mode which removes the Ribbon. Thanks to the Touch Bar though, they’ll still be able to access text formatting and font style options directly on the MacBook Pro. In PowerPoint, the Touch Bar displays an overview of all slides in a presentation. Anyone who wants to be able to reorder slides can do exactly that, all from the new OLED strip housed below the MacBook’s screen.

Excel could well be the app to benefit the most useful Touch Bar features of the lot. Users can look forward to some quick access functions; primarily recently used functions, the ability to change the color of cells, and much more.

Finally, Outlook also benefits from a today view being added to the Touch Bar. This allows users to access calendar appointments for their day and even recently used documents to attach when composing emails. Fans of Skype will be pleased to know that the app also gets into the action, with call functions also available from the Touch Bar.

If you don’t want to wait for the final update to roll out, you can opt into the Office Insider program here and get up to speed with the instructions on how to set up your Mac to receive these test builds.