Apple’s next-generation iPhone may have been discussed in great detail through the course of 2016, but there’s one part of the device that has been consistently talked about by leakers, the general public and analysts alike; the supposed removal of the iconic 3.5mm headphone jack.

It’s generally accepted now that Apple will indeed remove the 3.5mm headphone jack, leading us all to ponder what the new solution will be to replace the existing EarPods. 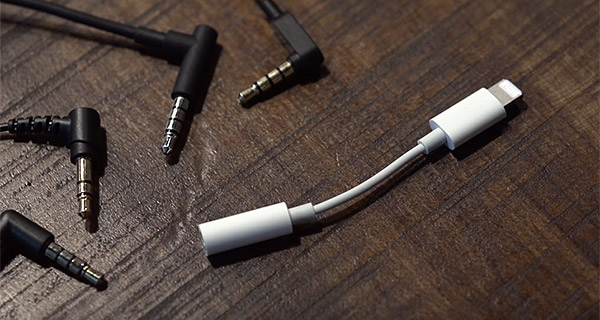 Some have floated the idea of Lightning-enabled EarPods or Bluetooth AirPods, whereas speculation last month suggested the new iPhone box would include a Lightning-to-3.5mm adapter that would allow existing EarPods to be plugged in to the Lightning port via this new accessory.

This new video that has managed to land in the public domain adds a little bit more weight to the potential for Apple to take what would be seen as the easiest, albeit a lazy route to solve the issue. The video shows an adapter accessory that fits into the iPhone with a male Lightning connector, and that accepts a headphone input through the standard 3.5mm jack. The accessory would do all of the heavy lifting in order to transfer the audio data between the two devices.

If accurate, the existence of the adapter would mean that it would be at least 2017 before we welcome a new generation of audio accessories. The original leaker of the video claims that the accessory was picked up from a Foxconn Apple supplier factory in Vietnam, and also claims that in its current form it actually only offers compatibility with the devices running the iOS 10 beta releases.

Check out the video for yourself and see what you think? Does this look like a genuine Apple accessory, or something built to deceive?