How To Respring iOS Quickly The Easy Way

One of the equally beautiful and frustrating things about jailbreaking an iOS device is that you are almost guaranteed that something will go wrong at some point. This doesn’t necessarily mean that the process of jailbreaking will be the cause of the issue, but rather the installation of multiple tweaks that may not play nicely with one another is likely to be the cause.

If that does happen, or if the device does become unresponsive for reasons that may not immediately be apparent, then the first action will of course be to respring the device, and to achieve that, there is now the perfect tweak to perform that action in the form of CraShit. 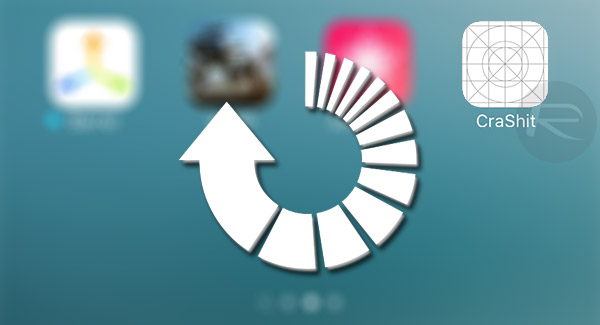 When it comes to rebooting an iPhone or iPad, there have typically been two options in a stock version of iOS; users can choose to entirely power the device down and the back on again, or if the phone is unresponsive, do a hard reset of the device by holding down the Power button and Home/Touch ID button together until the Apple boot logo appears.

That’s all fine, but due to the semi-untethered nature of the latest jailbreak solution by Pangu for iOS 9.2-9.3.3, both of those options would result in the device owner needing to rerun the jailbreak app on device to get back into a jailbroken state.

Thankfully, CraShit adds a third option to jailbroken iOS devices in the form of a respring of the SpringBoard, which takes the device through a semi reboot without actually losing the jailbroken state, and is generally enough to alleviate a number of issues that could be causing the device to perform poorly. 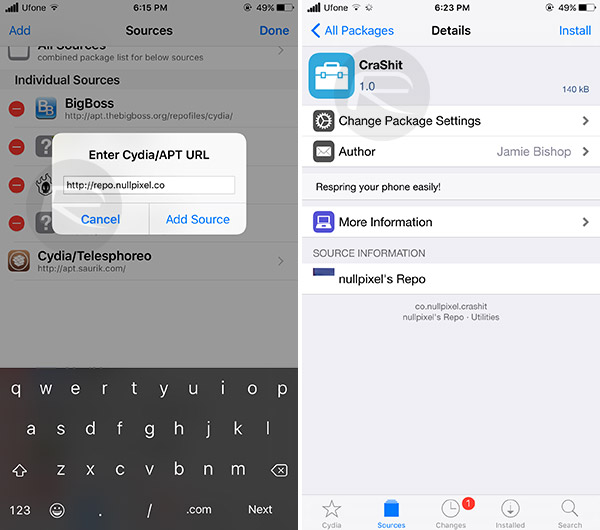 Apple doesn’t provide a clean and native way to perform a respring on an iPhone or iPad, but this new jailbreak tweak places an icon right on the the Home screen which can then be tapped to immediately invoke a respring. Simple, and quick. Oh and yes, there’s no icon design for it yet.

Anyone interested in the CraShit app/tweak can grab it for free by adding the developer’s personal repository (http://repo.nullpixel.co) to Cydia sources , or wait until it is made available on the BigBoss repository for download in the next 24-hours. Not exactly the most earth-shattering package available on Cydia, but it’s likely to get a lot of users out of a lot of jams.