If you’re an avid jailbreak fan, who likes nothing more than liberating your iPhone, iPad, or iPod touch hardware from Apple’s walled garden, then today has probably already proven to be a good day for you.

The surprise release of a new jailbreak tool by China-based Pangu Team means that we now have a working jailbreak for devices running iOS 9.2-9.3.3. The release of this latest tool is not only great news for the public who love tinkering with their iOS devices, but also for the jailbreak community as a whole, showing that enthusiasm is still alive, and also that we still have a capable team very much involved in the production of working jailbreaks. 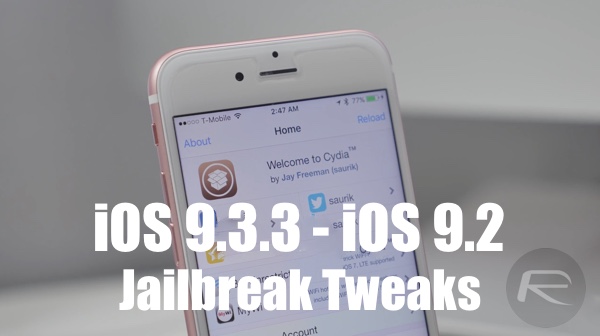 The jailbreak may be on offer, meaning that device owners can gain access to the Apple device file system and install Cydia, but as we have learned over the years, that doesn’t necessarily mean that all popular tweaks and extensions available via Cydia will be fully functional and offer compatibility with Apple’s latest iOS 9.3.3 firmware.

Just like apps available for sale and download via the official App Store, developers involved in the production of tweaks, extensions and enhancements sometimes need time with a liberated version of the firmware to get their packages up to speed and working nicely with any internal changes that have been made.

Seasoned jailbreakers will understand some of the complexities that could occur from installing a jailbreak tweak that isn’t quit ready to play nicely with the latest firmware. More often than not, installing an incompatible package can be harmless, but there is always the possibility that it could actually force the device to continually reboot, meaning that the user has to restore the device. In order to prevent that from happening, the jailbreak community has once again pulled together to produce an organic document that allows individuals to test and report back on a seemingly endless list of tweaks and packages to let the community if they are working on various versions of iOS.

The list will be constantly updated with new packages, but there’s already enough green in there to suggest that not a lot has changed under-the-hood with the release of iOS 9.3.3. As an example, popular tweak iFile is shown to be working on iOS iOS 9.2.1, 9.3.2 and 9.3.3 without issues. Packages like Speed Intensifier, Preference Loader, and MTerminal have also been shown to be working without issues. The full continuously updating compatibility list for jailbreak tweaks can be seen below.