Viber has been updated with an entirely new feature called Public Chats. This essentially serves as a stepping stone for the instant messaging app into the world of social networking; well, almost. We take a closer look at this new move from one of the most fervently used IM apps on the iOS platform.

The feature, which was initially rolled out to the Android variant of the app, has now finally landed on the iOS platform as well and can be found as an update – or complete app – on the App Store. 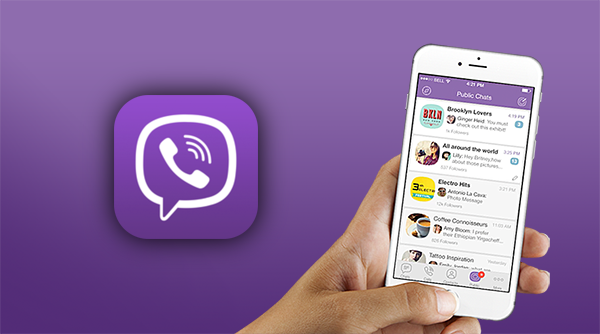 Public Chats will be introducing live conversation streams which will of course be open to public and users will be able to follow their favorite celebrities or personalities as they become a part of that conversation thread (invitation only) and keep abreast of the latest updates. However, Viber will allow you the luxury of simply keeping tabs on the conversation without participating in all the talk. Very Twitter like no? Only slightly.

You see, Viber was more of a voice over IP app of choice for most users, and the Public Chats feature sees to it that these live conversations are a mix of multimedia modes of communication with photos, audio, video, stickers, Web links etc. and of course, text. Viber will let you invite friends to a Public Chat to follow, and even share content from these conversations with your friends. 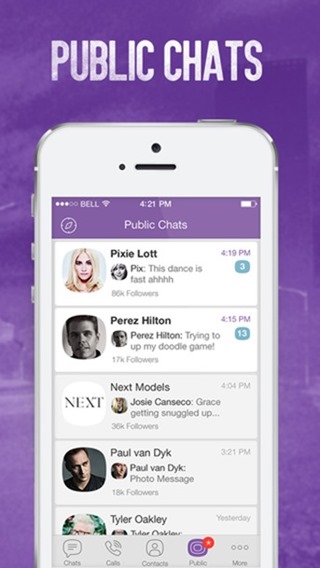 Public Chats will initially be launched with an array of celebrities signing up, including the likes of Perez Hilton, Pixie Lott, Paul Van Dyk and more. At the event organized by Viber for this feature’s announcement, the company did not talk about whether the celebrities and personalities that signed up to Public Chats are being paid to be on the service or not, but it is clear that this new feature will definitely be extending their social media reach.

An earlier update of Viber for iOS 8 brought in complete support for the new OS along with an interface that was a slight change from the earlier one.