Cupertino-based Apple Inc. has been granted a new patent for a magnetic connector-type system that is capable of transmitting power directly to a connected iPhone.

The United States Patent & Trademark Office has granted the new patent to Apple in the middle of speculation that Tim Cook’s company is planning on entirely removing the Lightning connector from future iPhone models.

The information contained within the patent application clearly shows a system that can be likened to the older MagSafe charging mechanism that used to ship with MacBooks before the current charging system was implemented.

According to Patently Apple – who initially reported the awarding of the patent – the proposed connector would offer a recessed experience activated by magnets:

Apple’s newly granted patent covers their invention relating to a connector for an accessory device capable of exchanging power and data with an electronic device. In particular, the connector includes recessed contacts that are magnetically actuated by magnets associated with contacts of the electronic device.

One interesting aspect of the proposed system is that it would essentially seal up another point of entry to the device. Having a sealed mechanism that was recessed and activated by connected magnets would eliminate the potential for debris, dust, and other small particles to enter the device via the charging port. 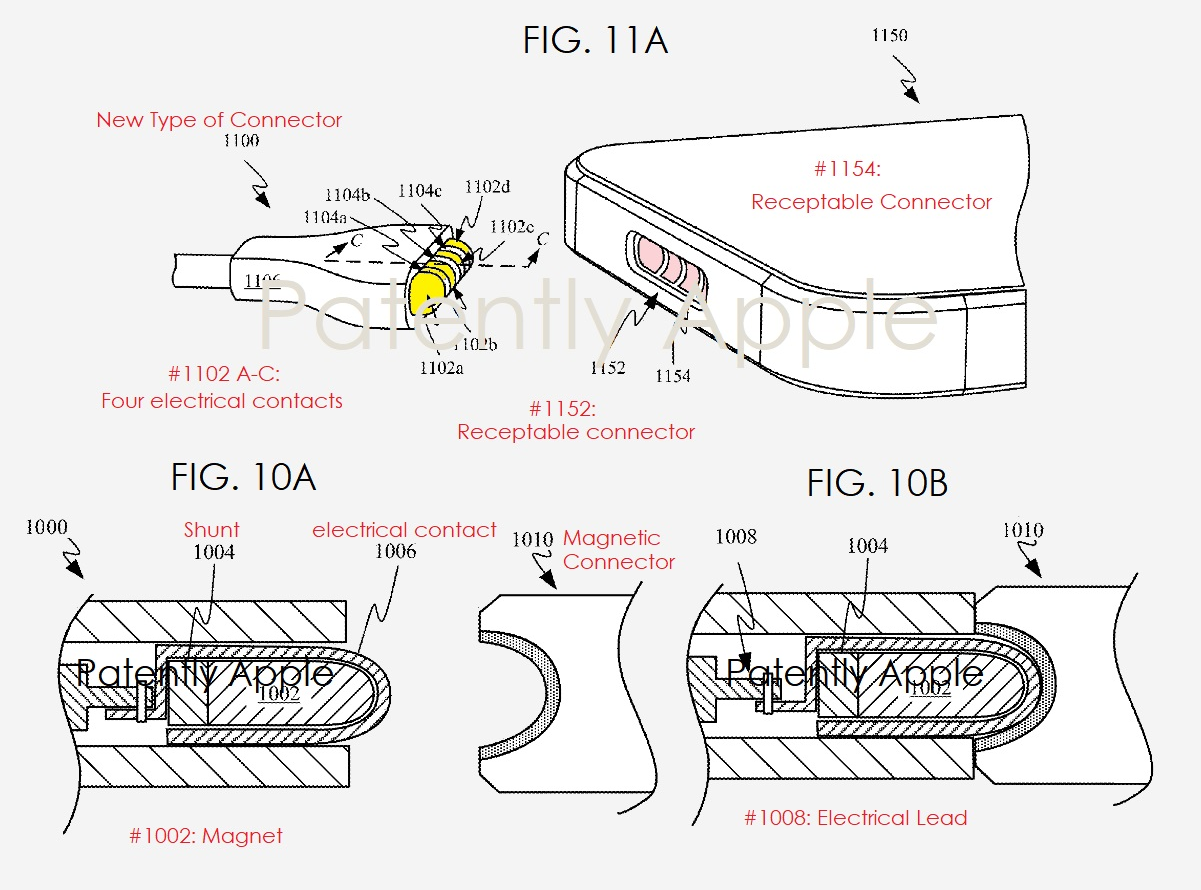 In essence, if this patent makes it onto a new iPhone model, it will almost be classified as an alternative Smart Connector for iPhone. With that said, it’s currently unknown if this will actually see the light of day or if this is just another example of a large company experimenting with various alternatives to solving a problem and acquiring a patent in the process.

According to recent reports, Apple will continue with the Lightning connector for at least another year, which means that we likely won’t be seeing this solution implemented anytime soon.  It does, however, seem that Apple is at least considering implementing new and more efficient charging methods for upcoming devices.